From the Archives: Millbrook Wedding 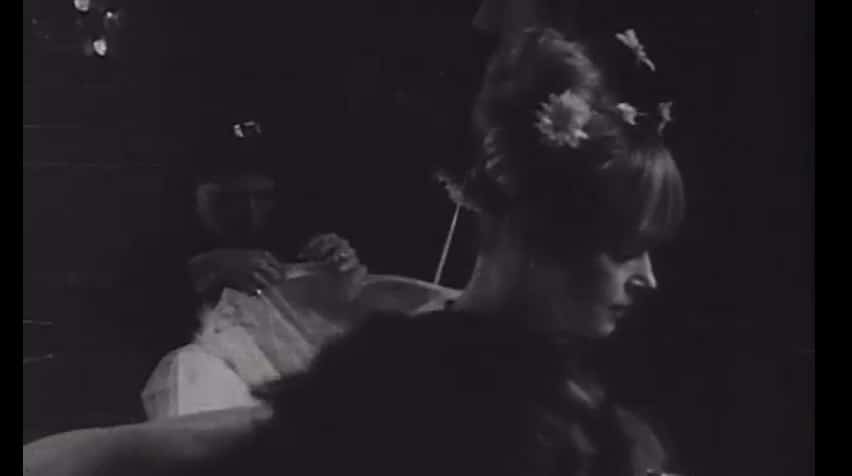 Timothy Leary was getting married to a model named Nena Von Schlebrugge up in Millbrook, New York at the Hitchcock house, where Leary had been carrying on his hallucinogenic revelries for the past year or so after leaving Harvard. It was rumored that this was going to be the wedding of the season, the wedding of Mr. And Mrs. Swing as Cab Calloway put it… There were Hitchcocks and friends and relations of Hitchcocks, the Baron and his court, a score of models, and Charles Mingus playing a lonely piano. Even Susan Leary fresh out of jail.  It was indeed an amazing wedding, and for all I know, an amazing marriage, although someone later told me it was over before I’d even finished editing the film.  – D. A. Pennebaker

LSD has a funny way way of creating significance whether we like it or not. A leaf, a lover, or even a stray thought meandering throughout our inner life might well up to become the all and everything, a consuming fire of meaning and revelatory insight. For those of us born on this side of the psychedelic revolution, that startling shock and wonder experienced by our elders when they abruptly smacked their head on Albert Hofmann’s alchemical anvil can hardly be imagined.

We’ve grown up with electronic technologies that store, augment and transmit information at the speed of light (formerly the business of angels), often questioning ecological relationships and organic values, fully aware that we are deeply embedded within complex systems. Video games extend our consciousness into realms that distill animistic concepts; gnomes, fairies, or ogres emerge as a necessary language for operating in these liminal spaces. We can go to Fantasycon or Burning Man and hyperlink our favorite metaphors or experiment with other modes of being. – I have a friend with a 7 month-old baby girl who’s been to three psychedelic music festivals- or 8 if you count the ones she attended in the womb!

But take a minute to step back into the brittle atmosphere of the post-war generation… imagine growing up with an allegiance to stale cultural forms that are all but broken, overstating their presence like the sun before it disappears into the horizon: the Catholic Church before modern psychology, meditation, and yoga; patriotism before Vietnam, music before the Beatles. Imagine that many of the cultural norms you now take for granted are but a potent thought seed pushing outwards and threatening to burst forth like Athena from the head of Zeus in ancient Greek mythology. 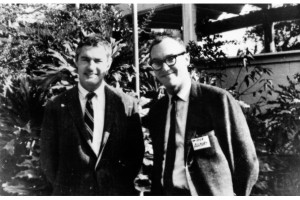 Now imagine that you are a successful Irish professor at the oldest and most prestigious university in America and that your earnest, but controversial work with substances like psilocybin and LSD has gotten yourself, your collaborator and your graduate student in a heap of trouble. This was the scene when Timothy Leary and Richard Alpert were fired from Harvard and took up residence in a cozy mansion at Millbrook in upstate New York- the scene of the Birth of a Psychedelic Culture.

While Ken Kesey and his Merry Pranksters pioneered and propagated a less clinical, and less intentional adventure quest of communion and psychonautic exploration, Leary, Alpert and Ralph Metzner (a Harvard graduate student at the time and so not technically fireable) contemplated the bardo of eastern philosophies and experimented with set and setting to inaugurate a new era.

Bold and courageous pioneers live the benefit of meaningful events and encounters at every turn. Their firsts are the firsts and their faults become the faults of archetypal patterns that will play out many times along the road ahead by many seekers karmically drawn to resonate and develop emerging forms. So when Dr. Timothy Leary writes, in the fall of 1964, to his friend and colleague Ralph Metzner, who was inspired by Herman Hesse’s writing to travel throughout India, we can only take him at his word:

NEW YORK… Cooper Union… all 1300 seats filled and 300 standing… crowds so receptive it was like whispering things in your lover’s ear… Richard was a smash at U of Minnesota and faculty cocktail party was held etc. The political educational battle over psychedelics has been won and from now it’s just a matter of time… Nena and I have been together almost every minute for the last three weeks and she is an unending series of beauty and wise lessons. We moved directly into the bowling alley which is now the most relaxed, warm, glowing room in the world. We are visiting the Episcopalian minister in town to arrange the most romantic, mythic wedding in history … very soon. 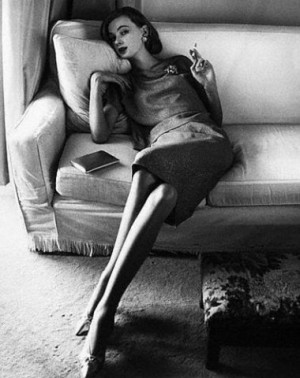 Peggy Hitchcock, the jet-set young lady who hooked up the rebel psychologists with that mysterious Millbrook mansion, describes the bride to be:

Nena was a very young, very beautiful, very successful fashion model. Today we would call her a super model. She was born in Sweden in 1941 and had lived in China with her family as a refugee during World War II, before returning to Europe. Her father, who was a German baron, was much older than her mother had died when she was a child. When I first knew her, she was in her early twenties and had been the sole support for her mother, the baroness, and her younger brother, since she was fifteen. I don’t believe she had much of a happy childhood. I remember feeling protective towards her. As I remember, she and Tim first connected at my brother Billy’s birthday party on her first visit to Millbrook.

Nene had arrived at Millbrook with Van Wolff, as Dr. Ralph Metzner explains:

Van Wolff was a kind of PR-agent-impresario, whose New York apartment was a hub for the glamor set from fashion, photography, film, and the arts. It seemed to be always buzzing with vibrations of seduction, intrigue and gossip. Nena’s picture was on all the New York City buses advertising Winston cigarettes at that time. Tim called her, “A thoughtful and romantic woman, an icon of beauty, surrounded by, instructed by, manipulated by the technicians and producers of the fashion industry.” When they took their first LSD session together, he wrote: “… Nanette allowed her jet-set facade to fall away, just so much childhood scar tissue. From within, emerged an archetypal nobility, the radiant essence of a Valkyrie… I fell under her spell.” (Flashbacks, pp 203-204). She moved into the Big House with Tim and set up a routine of being there and working in New York a few days a week. His relationship with Peggy Hitchcock had for some before evolved into more of a friendship – which continued long afterward. In one of those strange synchronicities, Nena had a close friend, Katy, also a model, who she brought up to Millbrook. She had auburn hair and green eyes, she was gorgeous. I fell under her spell. 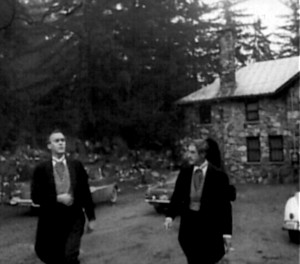 As far as the wedding itself, Darlene De Sedle, who was brought up to Millbrook to  make the wedding veil for Nene, explains:

When we arrived at Millbrook, we went to the tennis house where the brides and bridesmaids were getting dressed. The bridesmaids in their spring gowns were scattered here and there around the room like flowers, light blue, yellow, pale pink. I found a comfortable place to sit, shook out the pink and white tulle, and began to sew… (Nena) was glowing blonde and gorgeous, and beautiful light was pouring into the room through the leaded windows. Monty (the hair dresser) handed me a glass of punch spiked with LSD and told me to drink it. It was my first time. 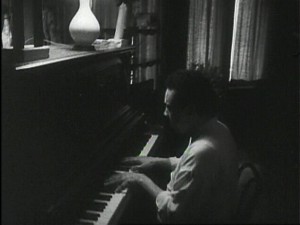 And what would a mythic wedding be without the Jazz great Charles Mingus? Fellow psilocybin researcher Rolf Von Eckartsberg describes the potent figure who plays his bass with the force of nature itself :

Mingus is very wise, down to earth and basic, grounded, and we had a most meaningful encounter with him and his art, his bass, his “woman,” whom he asks questions in the solitude and darkness of his attic, to whom he plays and is played and answered. What a sonorous strength it is that emanates from his bow and his strings that set up a column of vibration, rising like a twirling storm, transporting and elevating everything in its path. It penetrates right through the bones and opens the wide luminous landscapes of the internal, this fantastic otherworld of playful color and geometry, radiant energy and ecstatic resonance. Isn’t there some primordial power which sits with love and plays with bow and strings at the flow of life?

And also from Von Eckartsberg, a general depiction of the scene as psychedelic as the substance that Harvard rejected:

The whole house has become a beckoning, enveloping, nurturing tropical ocean of forms, colors and sounds, as millions of fractured, incongruous elements are transformed into beautiful flowers and ornaments of a gigantic organism, radiating joy and peace.

But as my generation has learned more readily, the metaphysical laws of the ecstatic experience mandate that we endure the downs as well as the ups, and that separation can often follow the realization of the oneness of being. The excitable Leary would have a dynamic career. He would find himself in and out of prison and experiencing life as a cultural icon whose perception would go from hero to scapegoat. Of course, his love-life would be no exception. On p. 223 of “Flashbacks,” Leary describes the end of their “Himalayan Honeymoon:”

So we’re moving on. We had connected as fairy-tale lovers in the enchanted woods of Millbrook, had lived out a season of courtly romance. She had taught me tender lessons of girl-love and female splendor. We had time-traveled through a few mythic incarnations, played out magical dramas in panoramic realms. Now we would have to rise to that most complex human art, gentle separation.

In 1967, Nena went on to marry the Indo-Tibetan Bhuddist scholar and ex-monk, Robert Thurman, with whom she gave birth to the popular actress Uma Thurman.

With the exception of the opening quote from a letter by D.A. Pennebaker, all of the quotes for this piece can be found in “Birth of A Psychedelic Culture,” a book that, like this article, comprises a mosaic of interviews, letters, artifacts and images, depict through concrete anecdotes, the vibrant and mythic scenes of that mysterious episode in psychedelic history.