Bailing Out the Earth: Foreword Magazine Review of Anthropocene The Anthropocene: The Human Era and How It Shapes Our Planet by Christian Schwagerl (Synergetic Press) 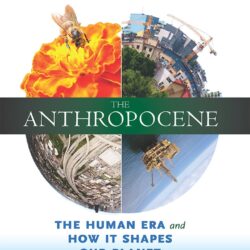 Woe is Earth. Drilled silly, dumped on, farmed out, fished out, and cloaked in a burka of carbon—who does the planet have to thank for this dire state of affairs? Only its most highly evolved species, of course. Enter Christian Schwägerl’s The Anthropocene: The Human Era and How It Shapes Our Planet, in which he justifies use of the term “Anthropocene” to designate a new human geological era based on the changes we’ve caused and our vital role as planetary stewards. Schwägerl and others (Nobel Prize winner Paul Crutzen, for instance) are championing the relationship between humans and nature as a revolutionary science-driven force.