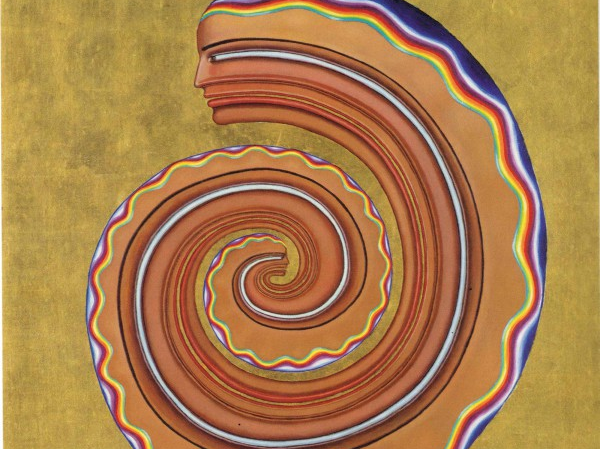 In this conversation for Tricycle between Allan Badiner and Don Lattin, they cover the spectrum of spiritual and psychedelic practice. In under half an hour this discussion moves from extreme ayahuasca encounters meeting death and dragons with Terence McKenna to the power of the humble Buddhist techniques of breathing and smiling with Thich Naht Hanh. They track the history of the academic approach beginning with the scholarly insights of Huston Smith and examine the expansion of psychedelics in the realms of clinical research. Badiner is the editor of Zig Zag Zen: Buddhism and Psychedelics, the only book of its kind that offers a conversation about Buddhist practice and the psychedelic spiritual experience. Lattin is a reporter and author of the bestselling book, The Harvard Psychedelic Club. 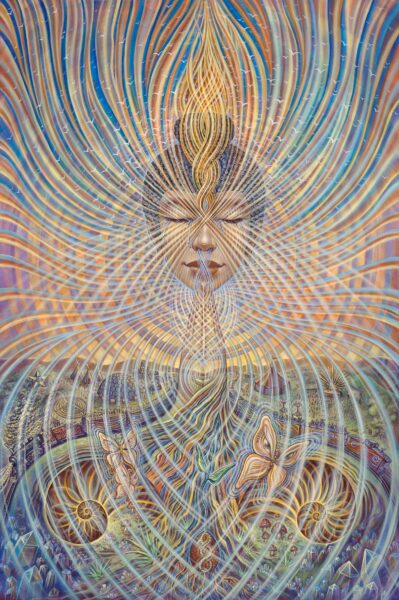 Regeneration by Amanda Sage, featured in the new edition of Zig Zag Zen: Buddhism and Psychedelics

Allan shares his experience at a Vipassana course in Sri Lanka where he felt miserable, until the end of the retreat when his pain was replaced by peace:

“I felt an incredible shocking kind of kinship to all life around me: the environment, the breeze, the bugs, everything, the trees. People were coming up to me and engaging me in ways they had never done before, so I realized I must be putting out something different or there must be something about me that has changed that has caused this all to happen. I wanted to know more about what that was.” –Allan Badiner

“…It’s like nothing happened, but something extraordinary happened at the same time.” –Don Lattin 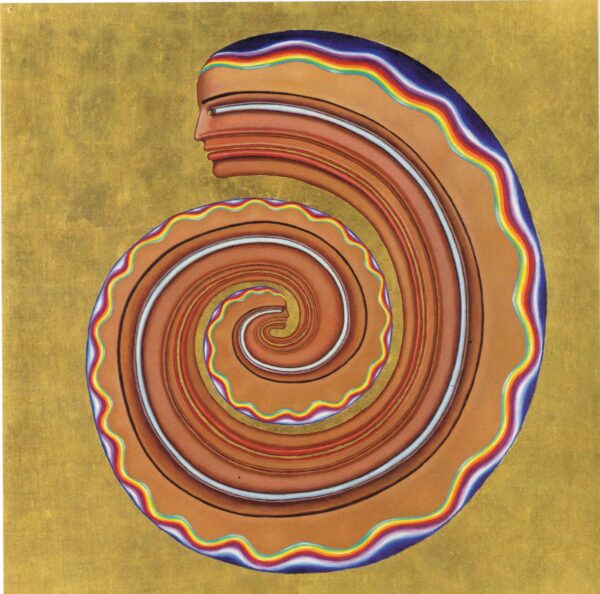 Timeless by Matti Klarwein, featured in the new edition of Zig Zag Zen: Buddhism and Psychedelics

“There’s a lot of work on multiple paths that you can be doing, and probably should be doing, if you really want to evolve.” –Allan Badiner

You can get your copy of Zig Zag Zen in our bookstore.

Poet Tea - Love is in the Air