Striving for Wholeness: The Courage of Buckminster Fuller 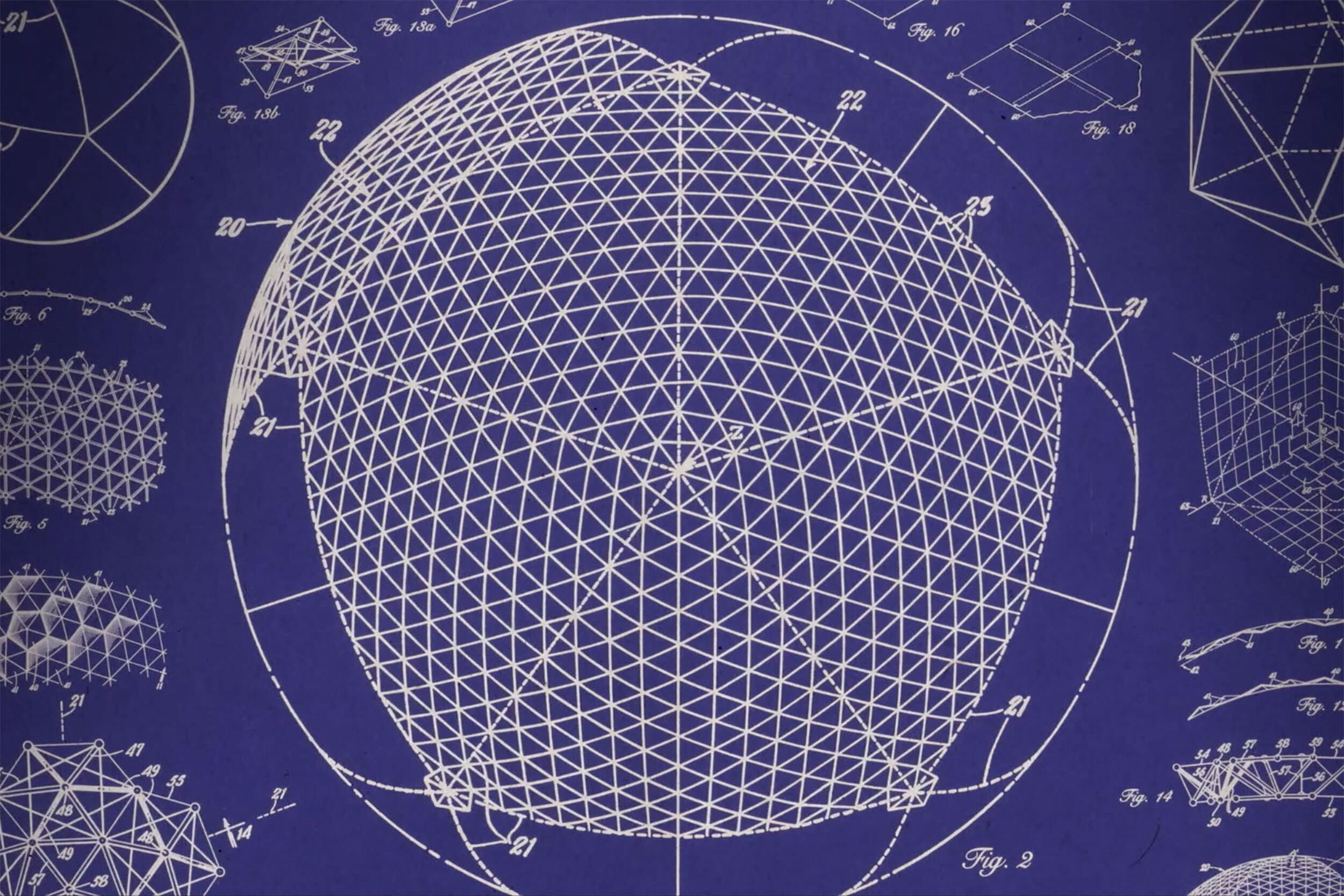 Few thinkers have stood so valiantly outside of the prevalent system of thought as R. Buckminster Fuller. His phrase, “Dare to be naïve” placed at the beginning of one of his most enduring texts, startles the mind of those who suppose that once we have become functional component parts in the fabric of society we should renounce all instances of innocence, inexperience, and naïvety.  In our current age, when ruptures are tearing through the institutional framework of our society, his incisive criticism, as well as insightful perspective, proves abundantly relevant for us in our search for a better world. His insistence on understanding systems in terms of their wholeness reveals a courage that befits someone who through their convictions is willing to function with true freedom and who in turn may affect the entirety of the system they belong to; a ‘Trim Tab’, as he was frequently referred to.

Reappraising our Current Paradigm Through the Lens of Synergetics

We are often caught in a state with a perspective whose limitations we do not know of. In the introduction to his work Synergetics, Fuller writes of how the vagueness of boundaries between the animate and inanimate leads to implications about our Universe that are not readily recognized by either scientists or the general public. Despite the increase of our examinational abilities, we are no longer as certain as we once were about what exactly divides life from matter; cells and DNA from atoms and molecules. In Fuller’s view science’s failure to find a physical property of life that is distinct —not based on the same building blocks—from the rest of the inanimate Universe shows that in essence, life goes beyond our materialistic outlook. He goes as far as to say, “We are now synergetically forced to conclude that all phenomena are metaphysical; wherefore, as many have long suspected -like it or not- life is but a dream.”

Fuller’s description of our need to reappraise the paradigm under which we live is at the same time reminiscent of Claudio Naranjo’s call for a “revolution of awareness”; Fuller and Naranjo both believed the course we are collectively on to be one which leads to more destruction if not outright extinction. An imperative on the path toward a different world as well as a tenable future lies for him in the reorientation of our minds away from the over-specialized tendencies of our current era and toward an awareness of a synergetic whole.

For Fuller, “humanity has been deprived of comprehensive understanding” because our society assumes the narrowing trend of specialization to be “logical, natural, and desirable”. “Specialization’s preoccupation with parts deliberately forfeits the opportunity to apprehend and comprehend what is provided exclusively by synergy.” We have come to believe that the only way to advance in our world is to continue specializing so that we may fit in with the hegemonic model that permeates our socio-cultural contexts. Because a highly specialized and divided society does not think comprehensively about our ills and challenges, individuals tend to leave “responsibility for thinking and social action to others.” 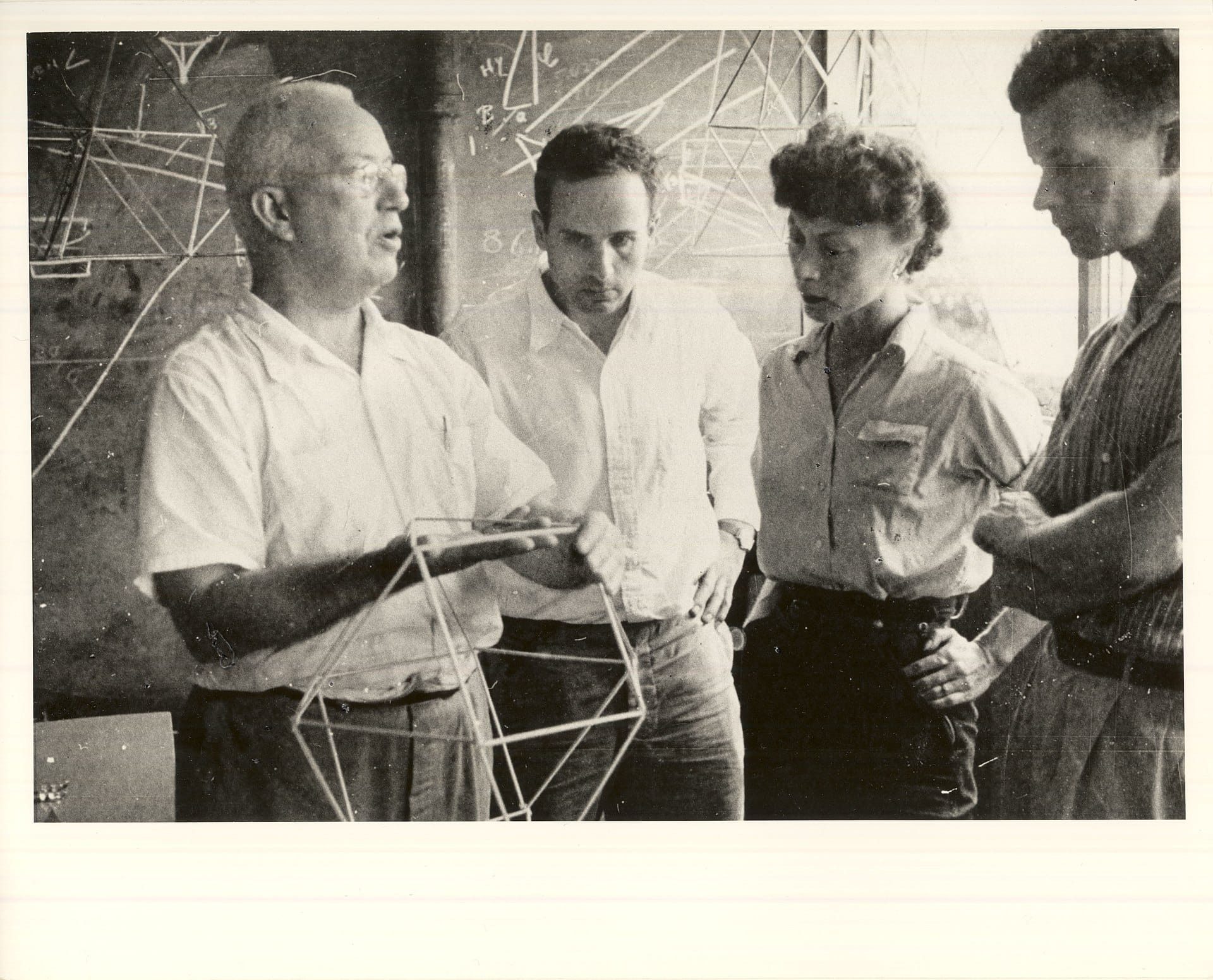 The Boldness of Integrity

Understanding humanity as one part of a greater whole is a central tenet in the modern environmental movement, which has been significantly inspired by Fuller’s ideas. The conception of humanity as separate from the world around us is reflected in the unchecked industrialization that has devastated life systems world-over, vividly articulated in Vandana Shiva’s recent title Reclaiming the Commons: In Defense of Biodiversity, Traditional Knowledge, and the Rights of Mother Earth.

Missing from the models held up by our so-called leaders are critical questions such as: How do we understand wholeness? What is our role as individuals comprising a greater system? How do we resolve the conflict between the individual will and the expression of our collective whole? What are the boundaries of the system we belong to?

As we increase our capacity to conceive of life as an integrated whole, we find we are reaching toward our own wholeness. There is a need for a holographization of ourselves, in other words, to reimagine ourselves as individual parts that represent and correspond to the entirety of our Universe at multiple scales. Part of our task, which relates to the metaphysical transformation that Fuller speaks of, is to engage our minds in an integrative action toward a holographically representative version of the Universe.

Fuller often spoke of his life and achievements as reflective of what an average healthy human being can attain by focusing their energy toward the improvement of humanity. But as we look toward his spectacular output, what can we understand as the origin of his ‘health’? If his manifestations of curiosity, inquisitiveness, creativity, and comprehensive understanding were a result of his ‘health’, then what can we ascribe it to? What does it mean for a human being to be healthy, and how can a human who is ensnared in ‘unhealthy’ living, rehabilitate themselves?

These wide-ranging questions remain for individuals to ponder on their own, for there are no pre-formulated answers which we can use without losing the inherent value of having arrived there ourselves. Fuller stated that his remarkable trajectory was the result of an individual making up his mind and letting it go along with the truth they glimpse; not trying to “solve things in the terms of what the going game of money and politics may be.” We must realize that, “It is essential to release humanity from the false fixations of yesterday, which seem now to bind it to a rationale of action leading only to extinction.” 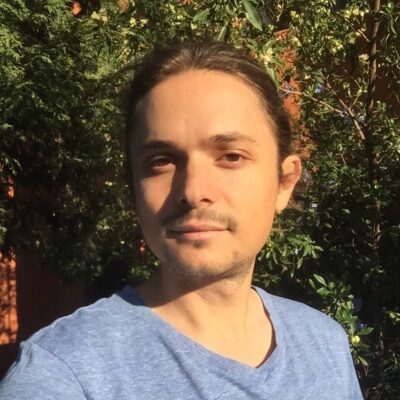 Marco Orozco is a musician, writer, and cultural programmer from San Miguel de Allende, Mexico. After graduating with a degree in Composition from Berklee College of Music, Orozco was part of the founding team at Pioneer Works, a center for research and experimentation in contemporary culture, where he conceived and executed a broad range of performances, music residencies, and educational programs. Orozco is now living back in Mexico and is an avid student of language, psychology, history, mythology and economics.

Visionary Art: The Intersection Between Psychedelic and Buddhist Art

A Year of Transformation