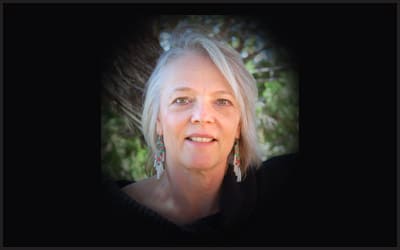 Dear Friends,
Reflecting on this next turn around the Sun and this auspicious moment in human and planetary history, brings to mind some of the key ideas that drive me and our work here at Synergetic Press:
The concept of the noosphere was developed in the 1920s by Vladimir Vernadsky, Édouard Le Roy and Pierre Teilhard de Chardin. Nearly 100 years ago, in scientific, philosophical, and artistic circles people were discussing the idea of the noosphere, a world in which all of humanity become responsible stewards of the biosphere. I heard about the noosphere in 1984 when I was working at the Biosphere 2 project and published the first English translation of Vernadsky’s theory of the biosphere. Thirty years later, the noosphere has become an essential concept for understanding today’s ecological and culturological crises.

Humanity is undergoing a process of “planetization” becoming a truly global culture and entering a new era of the human journey.

In the Guardian recently, David Suzuki applauded the landmark Paris agreement on climate change as an indication that “the Age of the Humans won’t necessarily lead to an age of destruction.” But, to change course, we humans must act swiftly and on a grand scale.
However, I’ve been exposed to countless BIG IDEAS about sustainability, consciousness … what practical changes have I made as a result? Christian Schwägerl’s book The Anthropocene, made me really question everything I think I need to live, what I throw away, and how. I began to examine each purchase and found ways to recycle as much as possible. Tony Juniper tells us in What Has Nature Ever Done for Us? that we produce enough food on the planet to feed everyone, but upwards to 50% of the food now produced is wasted. Staggered by this statistic, I have since paid close attention to what’s in the fridge, saving money and produce. Working on Zig Zag Zen with Allan Badiner and Alex Grey inspired me to reenergize my body and brain through meditation and seek to be more conscious of my actions and daily choices in life.
Every book Synergetic Press publishes contains ideas to help us understand how to be better to the planet, better to ourselves. The time is now to think, innovate, regenerate … make the planetary situation personal.
We have an exciting year ahead.
Deborah Parrish Snyder, Publisher

Pioneer in biospherics and Synergetic Press author, John Allen, with Mark Nelson and other project co-founders and directors, talk about why they built the world’s largest laboratory for global ecology, Biosphere 2, and how eight people lived and worked inside it for two years (1991-1993) growing their food, recycling their air, water and wastes. This experiment, built to put Vernadsky’s theory of the biosphere into practice, defined many aspects of the metabolic connection between humans and the environment that sustains them, while greatly advancing the field of space habitat design. The project has been noted as the first experiment to examine the value of natural ecosystems services in this man-made world.

Photo of Christian Schwägerl and Tony Juniper by Jonathan Greet

The Anthropocene: The Human Era and How it Shares Our Planet, by award winning environmental journalist, Christian Schwägerl, was launched in London last Spring at the October Gallery, and joined by Tony Juniper in a talk on the subject at the Royal Society of the Arts. CLICK HERE TO VIEW ON THE RSA CHANNEL

And for a brilliant overview on the Anthropocene, see this talk at the Royal Institution in London with Leicester University professor, Jan Zalasiewicz and Christian, moderated by Robin McKie, scientific editor of the Observer. CLICK HERE TO VIEW

Vladimir Vernadsky’s complete, unabridged Essays on Geochemistry and the Biosphere, his two seminal books in one. Translated from the Russian 1944 edition.

Dialogue About Buddhism, Psychedelics and Visionary Art in Santa Fe and London

In April we celebrated publication of the new edition of Zig Zag Zen: Buddhism and Psychedelics, edited by Allan Badiner and Alex Grey, with events in Santa Fe where editors Alex and Allan were joined by Rick Strassman and Allyson Grey for an engaging discusion of the topics.
In July, Zig Zag Zen released in London with events at Breaking Convention conference and legendary Watkins Bookstore. Zig Zag Zen is a unique collection of wisdom from scholars, teachers, and artists on the best practices for spiritual exploration and the interface with psychedelics.
CLICK HERE FOR LINK TO INTERVIEWS AND VIDEOS FROM THE EVENTS

Forthcoming titles include the Ayahuasca Reader and The John C. Lilly Reader. Click on the covers below for more details. Sign up for our mailing list to keep informed of new titles and events. www.synergeticpress.com