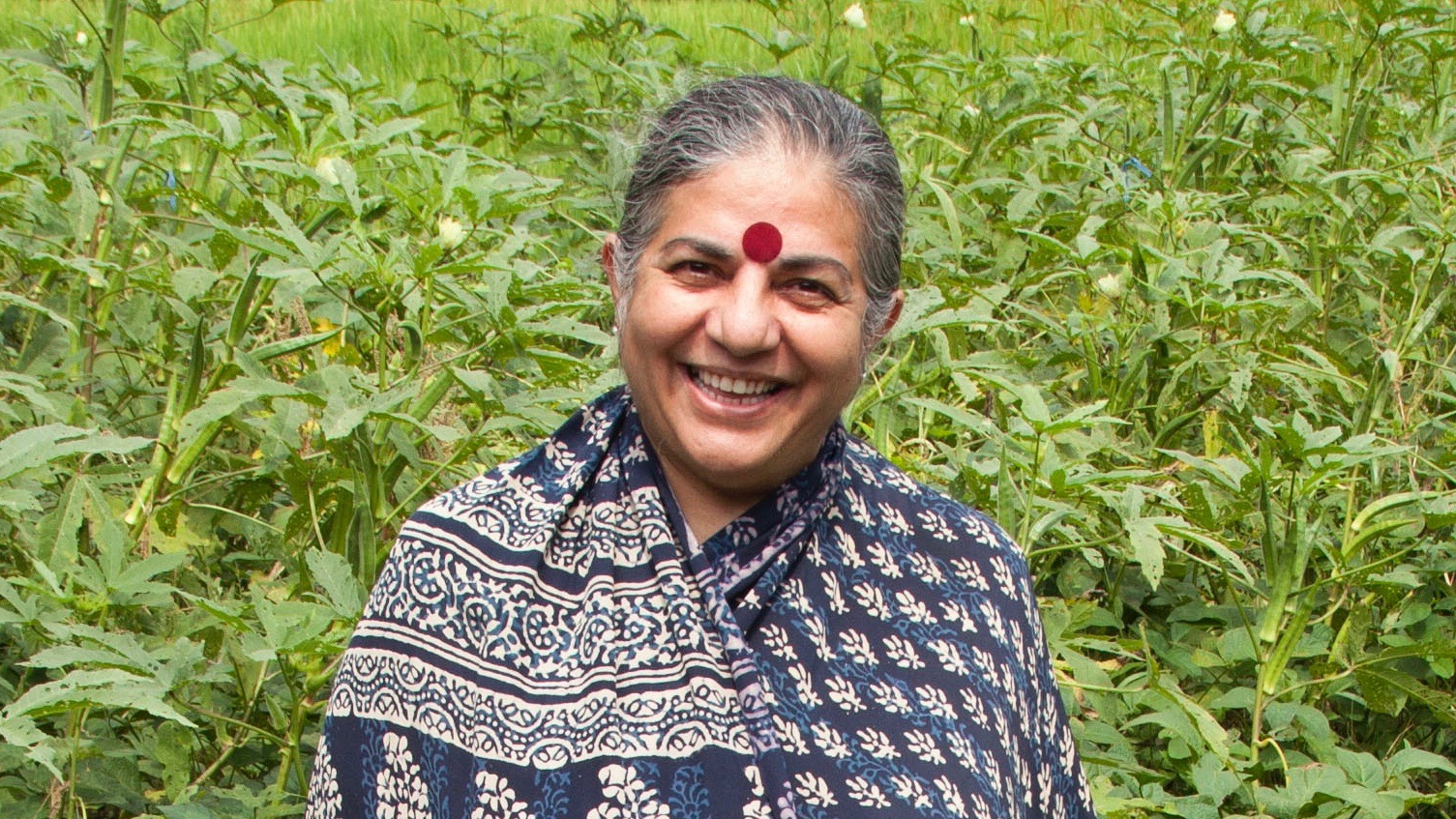 Vandana Shiva, the Indian scientist, and activist stands for social justice and uncompromising sustainability. The Alternative Nobel Prize winner gained worldwide attention through her fight against the agricultural giant Monsanto. But Vandana Shiva does not only want to fight patents on seeds and give the seeds back to the farmers who grow them. She is a well-known critic of globalization, speaks out publicly against the concentration of wealth, and fights for better coexistence on earth.

Vandana Shiva: From Physicist to Activist 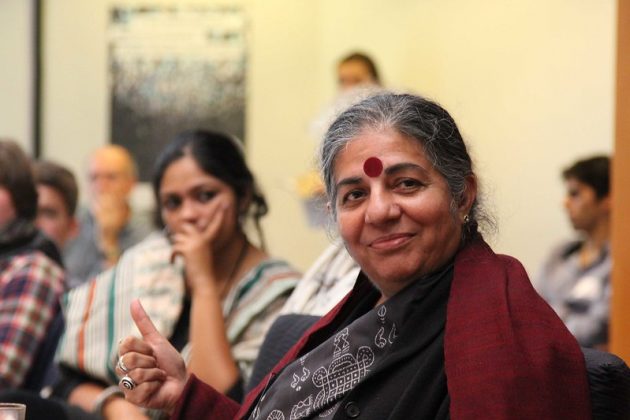 A public lecture and press conference by Vandana Shiva and meeting with young farmers, NGOs and activists (2013)

Before Vandana Shiva became a world-renowned social activist, she studied physics in India and Canada. As early as the 1970s, she became involved in the first Indian environmental movement, the Chipko movement. It was mainly supported by Indian women who were fighting against commercial deforestation. In the 1980s, two major events finally led her to look into agriculture. Several tons of poisonous gas escaped into the atmosphere from a US pesticide factory in Bhopal, India. The worst chemical accident in history occurred, killing thousands of people. Also, riots broke out in Punjab, a predominantly agricultural area. Industrial fertilizer, pesticides, and new seeds from the USA promised higher yields for the local farmers, but at the same time led to dependence on large corporations and fatal environmental damage.

As a critic of globalization, Shiva was active against the monopoly position of transnational agricultural corporations like Monsanto, which were trying to exert increasing influence on Indian agriculture. In her home village of Dehadrun, she founded the institute “The Research Foundation for Science Technology and Ecology”, which observes the influence of the world market on Indian farmers. In 1991 Shiva founded the organization Navdanya, which stands for the protection of the biological diversity of seeds. Navdanya collects regional varieties and saves them from extinction. In addition, the organization promotes organic farming methods and protects farmers from dependence on patented seeds.

Seeds Belong to Those Who Grow Them

Shiva refers to what is happening in agriculture as “bio-imperialism“. Companies make seeds their property by making them easier to patent through the use of genetic engineering. Shiva’s life work has largely been devoted to fighting patents on seeds and she strongly criticizes this practice:

“Some Western companies remind me of a doctor who performs a c-section and claims he also made the child.”

The preservation of indigenous seeds in the hands of local communities and chemical-free agriculture with local markets are among Vandana Shiva’s most important goals. Her vision of ideal agriculture is based on fair trade and solidarity-based commerce, as well as on biodiversity and organic farming. For her commitment to environmental protection, women’s rights, and sustainability, she was awarded the Right Livelihood Award, considered the Alternative Nobel Prize.

But Vandana Shiva’s activism is not only focused on agriculture: In 2019 she published her book “Oneness vs The 1%“. The 1%, is the symbol for the concentration of wealth according to the rules of neoliberal economies. She calls billionaires like Bill Gates bio-pirates, who act mainly in their own interests. Their engagement serves primarily to acquire resources and to collect and sell data. In an interview, she makes it clear:

“They cause all this destruction in the name of feeding the world, but has the world been fed? We need to take a step back to understand the true meaning of economy and ecology.”

Vandana Shiva: “The earth belongs to all of us, not to corporations like Monsanto”

On the occasion of Earth Day 2020, her organization Navdanya called for making peace with the earth. A global economy based on the myth of limitless growth and appetite for the earth’s resources, as corporations like Monsanto practice, is at the root of the current health crisis and future crises. It is important to learn to adequately protect the rights and ecological spaces of different species and peoples again. We must move from an economy of greed, competition, and violence to an economy of care: for the earth, for the people, and for all living species.

In an online interview with Right Livelihood College, Vandana Shiva talks about her visions for the future. In her opinion, one of the many reasons for the current crisis is our lack of respect for the environment. People should stop focusing on consumption in order to become true earth-citizens. When Vandana Shiva was asked about long-term changes for the time after the crisis, she says:

“We have to realize that we are not alone on this planet and that we have a responsibility towards others. We have a duty not to take more than our share, because when we are all connected, we all have a share.”

This article was republished from Scoop.me