Tony Juniper asks: “What If Winston Churchill Were Leading the Fight Against Climate Change?” 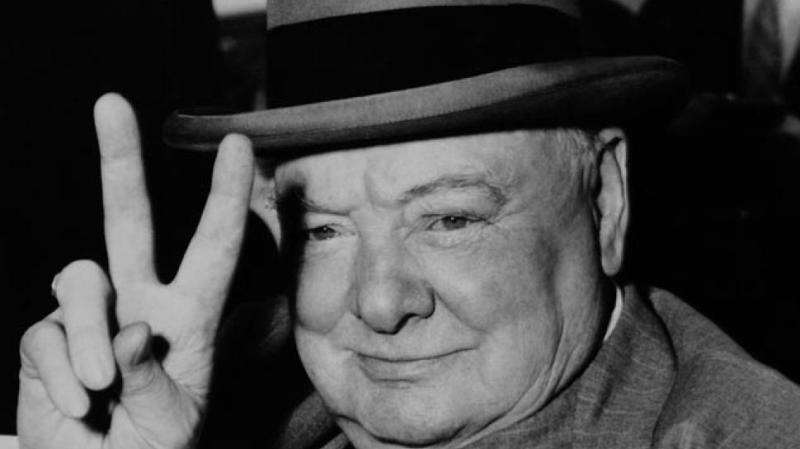 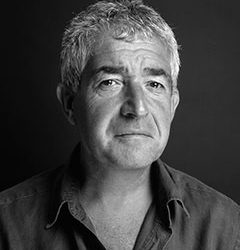 Tony Juniper originally wrote this article for the Winter 2014 issue of YES! Magazine.

Those who fail to learn from history are destined to repeat it, goes the saying. While there are few historical parallels to the existential threat posed by climate change, there is perhaps one: Nazi aggression during the Second World War.

In the years before he served as Britain’s wartime prime minister, Winston Churchill was an out-of-favor Conservative politician who raised a lone voice about the threat posed by the German Nazis—long before most of his colleagues in Parliament were prepared to recognize it. Churchill’s words, from a speech he delivered to the House of Commons in November 1936, give an example of how climate change might be described now.

Owing to past neglect, in the face of the plainest warnings, we have now entered upon a period of danger. . . The era of procrastination, of half-measures, of soothing and baffling expedients, of delays, is coming to its close. In its place we are entering a period of consequences. . . We cannot avoid this period; we are in it now.

Churchill’s warnings were well-founded. Hitler invaded Poland, then France and the Low Countries. By May 1940, the continental side of the English Channel was occupied. 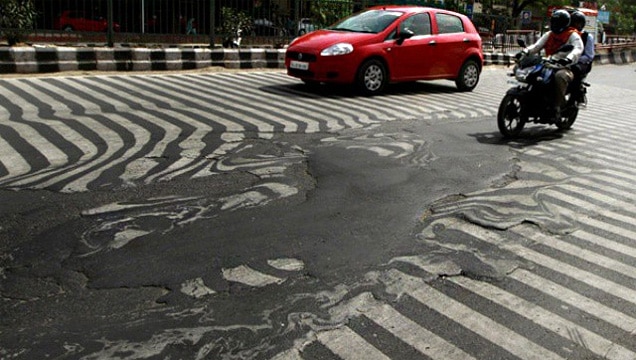 A deadly heat wave melts the streets in India.

As the Arctic sea ice shrinks, glaciers retreat, and devastating floods and heat waves signal profound changes taking place in our Earth system, we are truly once again in a period of consequences. And as was the case in 1936, most politicians are happy to sit on their hands and not even offer half-measures. Quite the opposite in fact, as demonstrated by widespread political backing for expanding the exploitation of coal, tar sands, and shale gas.

When the threat of aggression became very obvious to the British, with dozens of German army divisions and fleets of bombers stationed just a few miles from England, Churchill’s words galvanized the nation for the titanic struggle that lay ahead.

Therefore, in casting up this dread balance sheet and contemplating our dangers with a disillusioned eye, I see great reason for intense vigilance and exertion, but none whatever for panic or despair. . . What General Weygand called the Battle of France is over. I expect that the Battle of Britain is about to begin. Upon this battle depends the survival of Christian civilization. . . Hitler knows that he will have to break us in this Island or lose the war.

If we can stand up to him, all Europe may be free and the life of the world may move forward into broad, sunlit uplands. But if we fail, then the whole world, including the United States, including all that we have known and cared for, will sink into the abyss of a new Dark Age made more sinister, and perhaps more protracted, by the lights of perverted science. Let us therefore brace ourselves to our duties, and so bear ourselves that if the British Empire and its Commonwealth last for a thousand years, men will still say, “This was their finest hour.”

Britain became doggedly focused and swung behind a campaign virtually without parallel. President Roosevelt moved with similarly determined leadership after the attack on Pearl Harbor, with the United States shifting to a war economy in a matter of months. The mobilization between 1939 and 1945 perhaps teaches us that a successful response to broad, systemic peril requires a combination of factors: scaling up technology, broad public support and participation, and inspiring leadership. 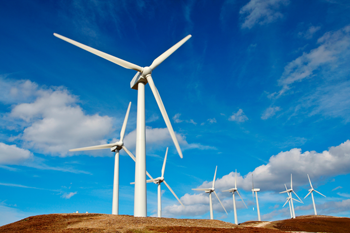 Wind energy provided Europe with 8% of its electricity in 2014.

Spitfires, Sherman tanks, and submarines were mass-produced. Technology was refined, leading to the emergence of innovations, including jet engines and computers.

When it comes to climate change, we have technology with the potential to meet the challenge. Wind turbines and solar photovoltaics are among a suite of low-carbon power technologies. Electric vehicles work. We know how to farm more sustainably and have the means to reduce deforestation. The fact that these solutions are not being deployed is down to absence of leadership, an apparent absence of public demand, and crucially, the lack of perception of an immediate threat.

The rapid reorientation of the Western economies during WWII was achieved with the backing of voters. Women went to work in factories, rationing schemes were accepted, and men queued up to join the fighting forces.

Arousing a similar degree of popular support for action on climate change is a greater challenge, not least because the gradual warming of the atmosphere is different from tangible dangers such as imminent invasion. The situation is made worse by the activities of a “Fifth Column” of climate change deniers. Their campaign has successfully confused debate to the point where, in the United States and United Kingdom, policy and technology are going into reverse. Instead of pandering to these dangerous interests, as many modern politicians do, the street fighter in Churchill would have taken them on. Despite his age and shape, Churchill was a deft political operator who routinely outmaneuvered his opponents before they struck.

In his own words, Churchill summed up his approach thus:

One ought never to turn one’s back on a threatened danger and try to run away from it. If you do that, you will double the danger. But if you meet it promptly and without flinching, you will reduce the danger by half. Never run away from anything. Never!

As well as being a gifted brawler, Churchill knew how to do deals, even with people he considered murderous despots. His pact with Stalin might be compared to modern leaders working with the financial markets that some regard as enemies of democracy, but which have the massive resources needed to win the climate war. Such climate change action could herald a new industrial revolution, one rich in jobs and business opportunities.

Compared to the Second World War, the economic reorientation needed to do this is modest. Great Britain devoted more than 40 percent of its GDP to fighting the Axis powers. Just 2 percent of annual global GDP is required to win the carbon war.

As humankind drifts toward its monumental showdown with Nature, one that might well leave the Second World War looking like a modest emergency, the biggest need of all is for leaders who articulate the threat and galvanize action.

Churchill wasn’t able to predict events any more than politicians today, but he looked squarely at the facts and made judgments that proved correct. On climate change, and in the face of the plainest warnings, we need similarly inspired leadership now.

Tony Juniper is a campaigner, sustainability adviser, well-known British environmentalist and author of What Has Nature Ever Done for Us? How Money Really Does Grow on Trees.

Wastewater Gardener at Bookworks in Albuquerque