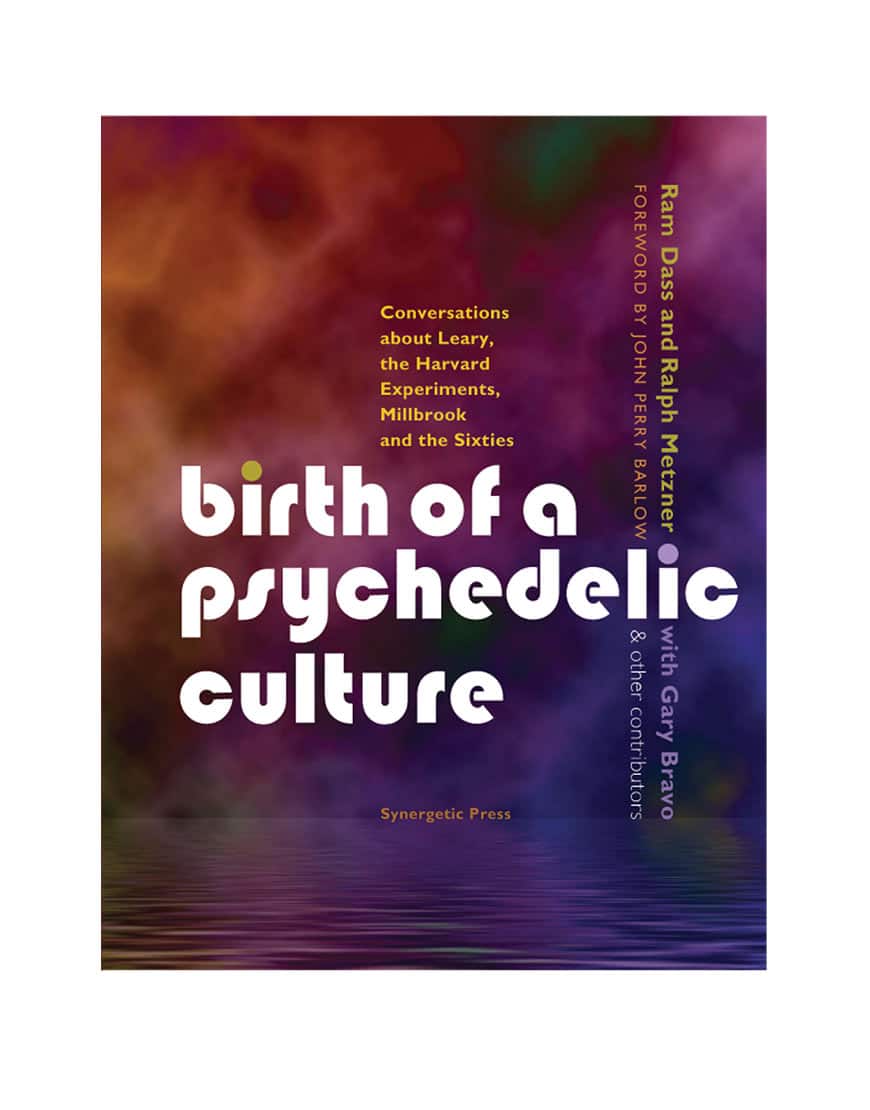 A conversational memoir by pioneers of consciousness research, Ram Dass and Ralph Metzner.

Look Inside This Book 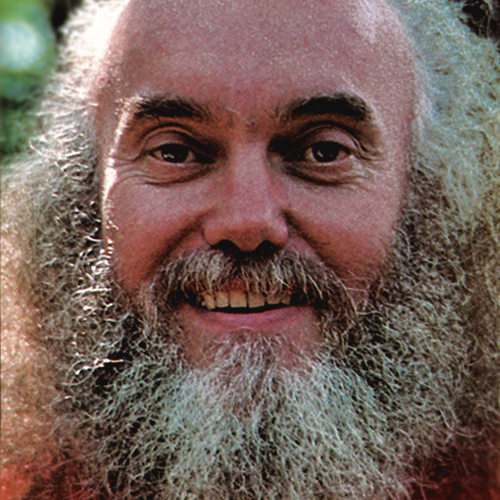 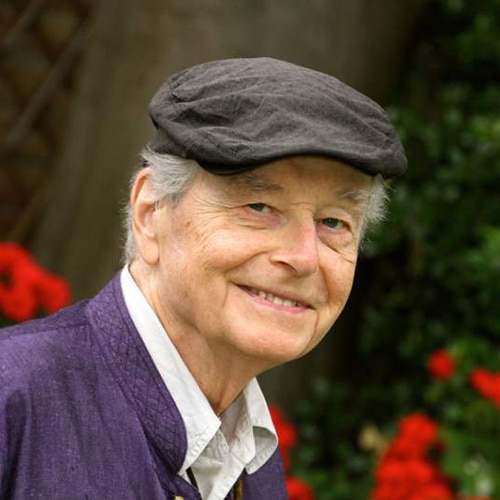 Ralph passed away peacefully in sleep March 14, 2019. He will be greatly missed.

Ralph Metzner’s work stretches the boundaries of traditional psychology by incorporating shamanic methods that transform consciousness and expand our understanding of the human psyche. Ralph Metzner, PhD who has a Bachelor of Arts in philosophy and psychology from Oxford University and a PhD in clinical psychology from Harvard University, has been involved in the study of transformations of consciousness ever since, as a graduate student, he worked with Timothy Leary and Richard Alpert (later Ram Dass) on the Harvard Psilocybin Projects. He co-wrote The Psychedelic Experience, and was editor of The Psychedelic Review. During the 1970s, Ralph spent 10 years in the intensive study and practice of Agni Yoga, a meditative system of working with light-fire life-energies.

He wrote Maps of Consciousness, one of the earliest attempts at a comparative cartography of consciousness; and Know Your Type, a comparative survey of personality typologies, ancient and modern. He was the Academic Dean for ten years, during the 1980s, at the California Institute of Integral Studies, where he taught courses there on “Altered States of Consciousness” and “Developing Ecological Consciousness.” He is now Professor Emeritus. His books include The Well of Remembrance, The Unfolding Self, Green Psychology, and two edited collections on the science and the phenomenology of Ayahuasca and Teonanácatl.

He maintained a part-time psychotherapy practice, and conducted numerous workshops on consciousness transformation, both nationally and internationally.

Conversations about Leary, the Harvard Experiments, Millbrook and the Sixties

No understanding of the history of the sixties could ever be complete without a grasp of the work of Leary, Alpert, and Metzner, the cultural resistance to their experiments, and the way in which psychoactive drug use became a part of contemporary society. Next Generation Independent Book Awards Finalist, Birth of a Psychedelic Culture shines a bright light on these experiments and their cultural milieu through never before seen photographs and the personal accounts of authors Ralph Metzner and Ram Dass, who vividly recall descriptions of particular “trips” as well as conversations with luminaries such as Aldous Huxley, Charles Mingus, Allen Ginsberg, William Burroughs and others that appeared on the scene.

Ram Dass, (formerly Dr. Richard Alpert), is a world famous spiritual teacher and author of the best-seller Be Here Now. He is well known for his journeys to India and his association with the guru, Neem Karoli Baba. Ram Dass is the founder of several organizations dedicated to expanding consciousness and awareness. Including the Lama and SEVA Foundations.

Ralph Metzner, author of many books, practices psychotherapy and is Professor Emeritus at the California Institute of Integral Studies. Involved in consciousness research for over 40 years, including psychedelics, yoga, meditation, and shamanism, he is co-founder and president of the Green Earth Foundation, a non-profit educational organization devoted to healing and harmonizing the relationship between humans and the Earth.

Gary Bravo is the Chief Psychiatrist for Sonoma County Mental Health in Santa Rosa, CA. He has written numerous articles on psychedelics, psychiatry, and transpersonal psychology.

Available in the U.S. from Baker & Taylor, New Leaf Distributors and direct from Synergetic Press.

Ever since psychedelics (from the Greek for “mind-manifesting”) first came into use in the West, Buddhism has had to deal with them. Many students of Buddhism have become interested in psychedelics, and many users of these substances have become interested in Buddhism. In the sixties and early seventies, zendos and meditation halls were flooded with young people who had experimented with LSD, psilocybin, mescaline, and other hallucinogens and were now seeking a more sustainable society. Birth of a Psychedelic Culture contains reminiscences from the vanguard of the psychedelic movement. The book centers on conversations about the good old days between onetime Harvard professor Richard Alpert, later known as Ram Dass, and Ralph Metzner, a psychologist and author who was a graduate student at Harvard when Alpert and his colleague Timothy Leary were conducting their experiments in psilocybin and LSD. The dialogue is deftly moderated by psychiatrist Gary Bravo, and there’s a breezy, beautifully written introduction by John Perry Barlow, a Harvard graduate, Grateful Dead lyricist, and computer pioneer who by the mid-Sixties was also “fully enrolled in the Eastern Orthodox Church of LSD,” as he puts it. Revelations about the Harvard Psilocybin project (later the Harvard Psychedelic project), about Leary and Alpert’s continued experimentation with psychedelics in a Millbrook, New York mansion, and about their sojourns to Mexico and India offer a sensational—and at times riveting—contribution to our understanding of a complex and confusing issue. Peppered with recollections from lesser-known members of Alpert and Leary’s circle, Birth serves as a kind of scrapbook of the psychedelic movement. The detailed descriptions of their specific drug “journeys,” along with insights about the various substances they ingested, are particularly interesting. Numerous cultural figures play supporting roles in the drama, including Aldous Huxley (everyone’s inspiration, it seems), radical psychiatrist R. D. Laing, musicians Charles Mingusand Maynard Ferguson, and writers Allen Ginsberg and William Burroughs. Black-and-white photographs of the pioneers serve as a visual timeline of the transformation in their physiognomies that accompanied the transformation of their minds.
-Tricycle contributing editor Allan Badiner is an adjunct professor at the California Institute of Integral Studies and the author of Zig Zag Zen:
Buddhism and Psychedelics.

This entertaining and firsthand account of those heady days of the sixties sheds light on the intentions, dynamics, trials and errors of the utopian movement led by Timothy Leary and his chief lieutenants, Richard Albert (later Ram Dass) and Ralph Metzner.

A clear evolution is painted: from the carefully controlled scientific explorations and academic background of the early phase beginning at Harvard; to the middle years in Mexico and at Millbrook in upstate New York where LSD became a key element of experiments in group living; to the disintegration of the movement under the influence of ego battles, family demands, a trend to indiscriminate drug use, and the inevitable crackdown by officialdom.

Along the way we hear live interviews and conversations with Ram Dass and Metzner, interspersed with written excerpts from Leary and some of the other notable consciousness pioneers. Overall the book serves not only as a fascinating chronicle of a unique period of social and cultural history, but also as a tale about the testing of the limits of human potential – the boundless and universal truths accessible with the aid of psychedelics, and the counterbalancing forces of ego and social constraint – the range of possibility we continue to confront half a century later.
Alternative Culture

What a treasure of a gift this is! Psychedelics may not be addictive, but this book is, and I read it compulsively. There is something about what you three guys did that had a massive loosening-up effect on so many. You opened our minds and your book demonstrates that the party goes on. I found the honesty of your sharing profound; the way you were able to be so critical of one another, and yet still uphold each other. Thank you for having fearlessly mapped out a cultural history from which a lot of people, both knowingly and unknowing, now live and are touched by.
–Alastair McIntosh, environmentalist, activist, and author of Soil and Soul: People Versus Corporate Power

1 review for Birth of a Psychedelic Culture