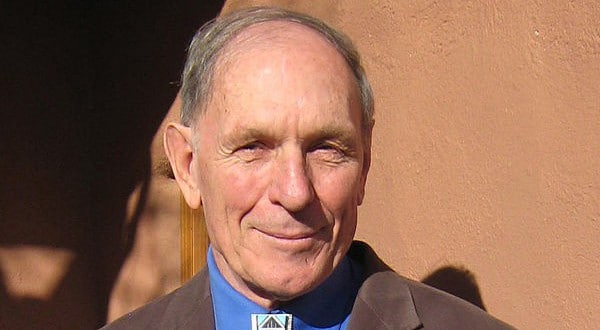 May 6th, 2015 marks John ‘Dolphin’ Allen’s 86th solar orbit as a crew member aboard Spaceship Earth. On his birthday, we reflect on the exceptional life of our inspiring friend.

A poet, playwright, savant, and inventor and co-founder of Biosphere II, Allen emerged from modest beginnings in Oklahoma during the dust bowl to become one of the most productive and eccentric personalities of the 20th century. An expert in mining and metallurgy, as well as high finance, this restless graduate of Colorado School of Mines and Harvard Business School simply could not accept the state of civilization ‘as is’ and took to a life of adventure, exploring the cultures and biomes of our planet and returning to spearhead work groups that would develop the foundations for what he calls, “synergetic civilization.”

Building on the experiences and esoteric transmissions acquired through his world travels, Allen and his cohorts began in the Haight Ashbury district of San Francisco in 1967 with the ‘Theater of All Possibilities’ acting group and would go on to develop ‘eco-technic’ enterprises, referred to as ‘synergias’ all around the world. The short list includes:

Synergia Ranch (organic farm, orchard, adobe construction company and more) in Santa Fe, NM, the Research Vessel Heraclitus (a ferro-cement ship, based on the design of a Chinese Junk, that has seen 18 expeditions), the October Gallery in London, UK (home of the ‘transvangarde’ art movement), the Vajra Hotel in Katmandu, Birdwood Downs ranch in Australia, Las Casas de la Selva sustainable forestry project in Puerto Rico, the Institute of Ecotechnics (which has held annual conferences on pressing ecological concerns at the highest level since the early 1970s), and more; all culminating in the massive Biosphere II closed systems experiment in Oracle, AZ that took place in the early 90’s.

John is currently based at Synergia Ranch in Santa Fe, NM. And though he spends the majority of his time writing, he still travels Spaceship Earth yearly to visit and inspire the synergias that he worked so hard to seed. Happy Birthday Johnny- we will always be grateful for your tireless work and living inspiration!