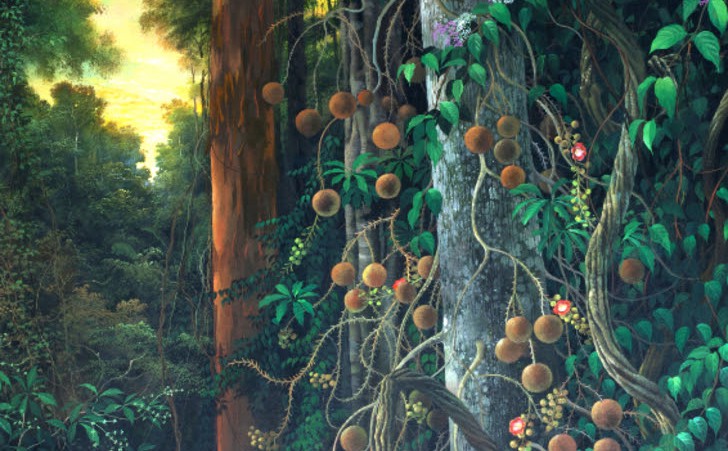 This year we are organizing a series of events to deepen our conversation with pioneers and visionaries working in an array of fields of study about the world around us and within us. Our first event is in Santa Fe is next month, details are below. Future events will be held in San Francisco and London.

SOLD OUT!  We will prepare webcasts of the presentations in the near future for those who missed this event. Please sign up for our newsletter to receive notice of when they will be available.

on Earth Consciousness & Lore of the Amazon


Conversations on Ayahuasca, Ethnomedicine, and the Biospheric Imperative with 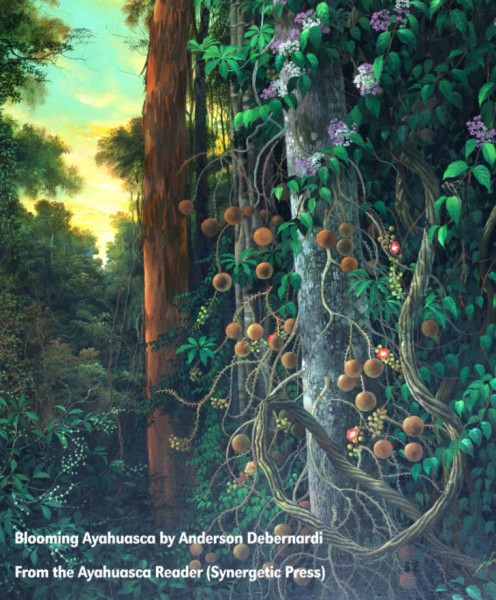 Symposium 4:00 – 6:30 PM
Talks by Dennis McKenna, Rick Doblin and Ralph Metzner
Panel Moderated by George Greer
Dinner 7:00 – 8:00 PM (optional)
Salon 8:30 – 11:00 PM
• Earth Consciousness Roundtable with Ralph Metzner, Dennis McKenna, Valerie Plame Wilson, Gay Dillingham and others (TBA), moderated by Allan Badiner
• Poetry with John Dolphin Allen
• Music & Visuals by Lightlab with DJ Goz and other TBA
• Dance performance by the Daughters of Lillith
•Ambient Music and Environment Provided by Lightlab
A time during the program will be made for introductions and brief presentations from local leaders of communities and groups engaged in Earth awareness, in raising consciousness, spiritual studies, and frontiers in developing frontiers in medical research with entheogens.
The Symposium & Salon are designed to share the wisdom and inspiration of our speakers and artists, to generate ideas and insights, and to nourish our vibrant local community.
Tickets:
• Symposium  $40
• Dinner  $25
• Salon  $20
• Package  $75
Your hosts, Deborah Parrish Snyder and Michael Gosney, are happy to answer any questions, or provide further information at
deborah at synergeticpress.com
About the Speakers and Moderators

Dr. Ralph Metzner is author of many books, practicing psychotherapist and Professor Emeritus at the California Institute of Integral Studies including a book coauthored with Ram Dass, Birth of a Psychedelic Culture (Synergetic Press). Dr. Metzner has been involved in consciousness research for over fifty years, including psychedelics, yoga, meditation, and shamanism. He is co-founder and president of the Green Earth Foundation, a non-profit educational organization devoted to healing and harmonizing the relationship between humans and the Earth.
[hr]

Allan Badiner is the editor of Zig Zag Zen: Buddhism and Psychedelics (Synergetic Press), as well as two other books of collected essays, Dharma Gaia: A Harvest in Buddhism and Ecology (Parallax Press, 1991) and Mindfulness in the Marketplace: Compassionate Responses to Consumerism (Parallax, 2002). Allan is a contributing editor of Tricycle, and serves on the board of directors of Rainforest Action Network, Threshold Foundation and Project CBD. He has been a student of Zen Master Thich Nhat Hanh for more than 25 years.

John Dolphin Allen is author of Me and the Biospheres (Synergetic Press), poet, playwright who invented, conceived and co-founded the Biosphere 2 project – the world’s largest laboratory for global ecology. Biosphere 2 set a number of world records in closed life system work including, among others, degree of sealing tightness, 100% waste recycle and water recycle, and duration of human residence within a closed system (eight people for two years). Allen has also conceived and co-founded nine other projects around the world, pioneering in sustainable co-evolutionary development.

Dr. George Greer conducted over 100 therapeutic sessions with MDMA for 80 individuals from 1980 to 1985 with his psychiatric nurse wife, Requa Tolbert. Their review of this work remains the largest published study of the therapeutic use of MDMA. He is a Distinguished Fellow of the American Psychiatric Association and Past President of the Psychiatric Medical Association of New Mexico. He was also the Clinical Director of Mental Health Services for the New Mexico Corrections Department during the 1990s. He has been the Medical Director of the Heffter Research Institute since 1998.

Valerie Plame Wilson is a former career covert CIA operations officer who worked to protect America’s national security and prevent the proliferation of nuclear weapons. Valerie sits on the boards of Global Data Security, a cyber security company that safeguards digital data, and Starling Trust, a predictive behavioral analytics company. She also serves on the nonprofit boards of the Ploughshares Fund, Global Zero, the Penn State School of International Affairs, the United Way of Santa Fe County, and Postpartum Support International. Valerie is affiliated with the Santa Fe Institute, a trans-disciplinary scientific think tank addressing the most compelling and complex problems in the world today.

Gay Dillingham is Co-Founder, former President and Chair of Earthstone International, LLC, an environmental IP company manufacturing recycled glass into an engineered “white foam glass.” Gay served as Chair of the New Mexico Environmental Improvement Board for six of eight years of her tenure and passed historic greenhouse gas regulations in 2010. Gay owns a production company, CNS Communications, and is an award-winning producer/director. Her latest film, Dying to Know, celebrates the unique friendship of Timothy Leary and Ram Dass, exploring their extraordinary lives and perspectives on death. She is executive director of the Livingry Foundation, served two years as board chair for the New Mexico Association of Grantmakers, and currently serves on the boards of Santa Fe Community College, New Voice of Business, and the World Security Institute.

Synergetic Press is proud to support and collaborate with Rick Doblin and his team at The Multidisciplinary Association for Psychedelic Studies (MAPS) This membership-based non-profit research and educational organization has been working for three decades to develop medical, legal, and cultural contexts for people to benefit from the careful uses of psychedelics and marijuana. We are honored to introduce Rick to our community here in New Mexico at this event. Here are just a few of the ways MAPS is working —

MAPS supports research into the safety and effectiveness of ayahuasca-assisted treatment for drug addiction. They also support conferences, meetings, and publications about the scientific, therapeutic, sustainable, and spiritual uses of ayahuasca, and serve as non-profit fiscal sponsor for organizations that support these uses. They completed the first North American observational study of the safety and long-term effectiveness of ayahuasca treatment for addiction and dependence. The paper describing the results of the study was published in June 2013 which you can download by clicking here: Current Drug Abuse Reviews

MAPS will celebrate it’s 30 year anniversary on April 17, 2016, Oakland, California. Addresses from leading psychedelic researchers, participants in MAPS-sponsored research, forward-thinking philanthropists, acclaimed visionary artists Alex and Allyson Grey, and others. Keynote from MAPS Founder and Executive Director Rick Doblin, with a multimedia performance by  Android Jones and Phadroid, a visual musical performance by DJ Spooky. Tickets and information at: 30 Year Anniversary. More information on their series of Psychedelic Dinner Salons at Psychedelicdinners.org, a community outreach effort to support MAPS program of medical research with MDMA for treatment of PTSD.