Alexander (better known as “Sasha”) and Ann Shulgin’s PiHKAL: A Chemical Love
Story has become a foundational work in the genre and was the first book to fully
impart the how-to chemistry, and convey the effects, of many of the entheogenic
drugs that are currently being studied and used to heal trauma and deal with death.
An acronym for “Phenethylamines I Have Known and Loved”, the book spans
autobiography, organic chemistry, politics, ethnobotany, and psychopharmacology, and
the cultural impact is likely to be profound for decades to come, as it has already.
PiHKAL is divided into two parts, the first of which is a fictionalized autobiographical
‘novel’ – the main fiction is that it is fiction. This first half of the book is The Love
Story, about two people named Shura and Alice who fall in love, though one of them
is already in love with someone else. This love triangle is a painful ordeal they must
go through, and that process unfolds before the reader with grace and great insight
into human nature. Shura is a brilliant chemist who has dedicated his career to
making psychoactive drugs, in the story they go through many experiences with the
psychedelic compounds that Shura has discovered and has made in his lab, all of
which have been bioassayed himself. The reader will find themselves going on this
journey with them, experiencing what they experienced, both in their hearts and in
the psychedelic journeys they have. The second half of PiHKAL is called The Chemical
Story, and it contains detailed instructions for, and effects of, the synthesis of 179
psychedelic phenethylamines which were mostly discovered by Shulgin himself. For
each substance there is information on its synthesis, suggested effective dosage,
duration, and detailed commentary on the subjective effects that were experienced.
This book appeals to adults of all ages and cultures, and to the psychedelically
experienced and inexperienced alike. 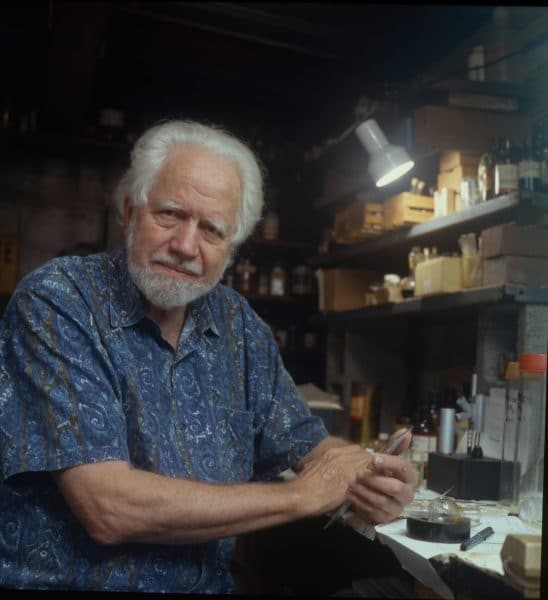 Alexander “Sasha” Shulgin (June 17, 1925 – June 2, 2014) was an American medicinal chemist, biochemist, organic chemist, pharmacologist, psychopharmacologist, and author. He is credited with introducing MDMA (“ecstasy”, “mandy” or “molly”) to psychologists in the late 1970s for psychopharmaceutical use, and for the discovery, synthesis and personal bioassay of over 230 psychoactive compounds for their psychedelic and entactogenic potential. Ann Shulgin co-founded Transform Press in 1991 with her husband, Sasha Shulgin, out of their shared passion and commitment to an uncensored examination of psychoactive compounds. Through the Press they co-authored and published PiHKAL: A Chemical Love Story (1991) and TiHKAL: The Continuation (1997), the two cult classics based on their psychedelic experiences. They also contributed jointly to several other publications including, The Secret Chief, The Secret Chief Revealed, Entheogens and the Future of Religion, and Ecstasy: The Complete Guide. Ann has served as a lay therapist facilitating the use of MDMA and 2CB in therapeutic settings while those substances were still legal. She brings a Jungian orientation to her examination of psychedelic experiences, with a particular emphasis on the integration of the Shadow and an overarching theme of spirituality and unification with the divine in all things.