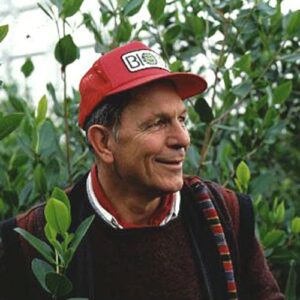 He is currently the Chairman of Global Ecotechnics Corporation. This is an international project development and management company with a Biospheric Design Division engaged in designing and preparing to build the second generation of advanced materially closed biospheric systems and ecologically enriched biomic systems (www.biospheres.com); and an EcoFrontiers Division which owns and operates innovative sustainable ecological projects of which he was the co-founder and chief designer in France, Australia (5000 acre savannah regeneration project), Puerto Rico (1000 acre sustainable rainforest project) and England (www.ecotechnics.edu).

John Allen reads one of the poems from his book, the Dream and Drink of Freedom, entitled "Record".