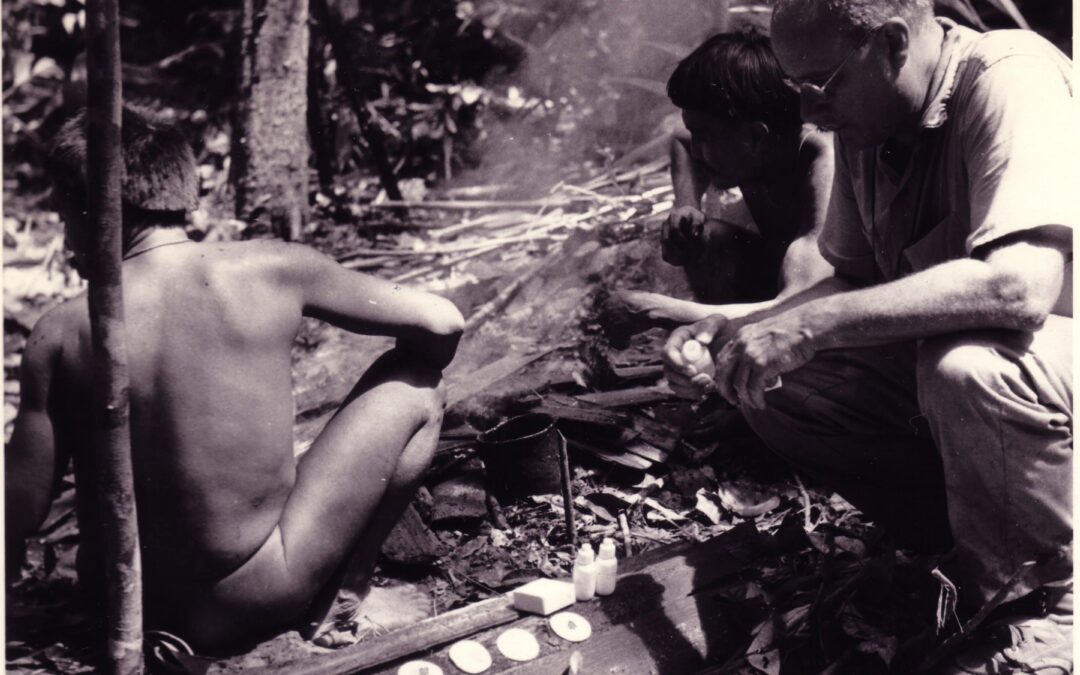 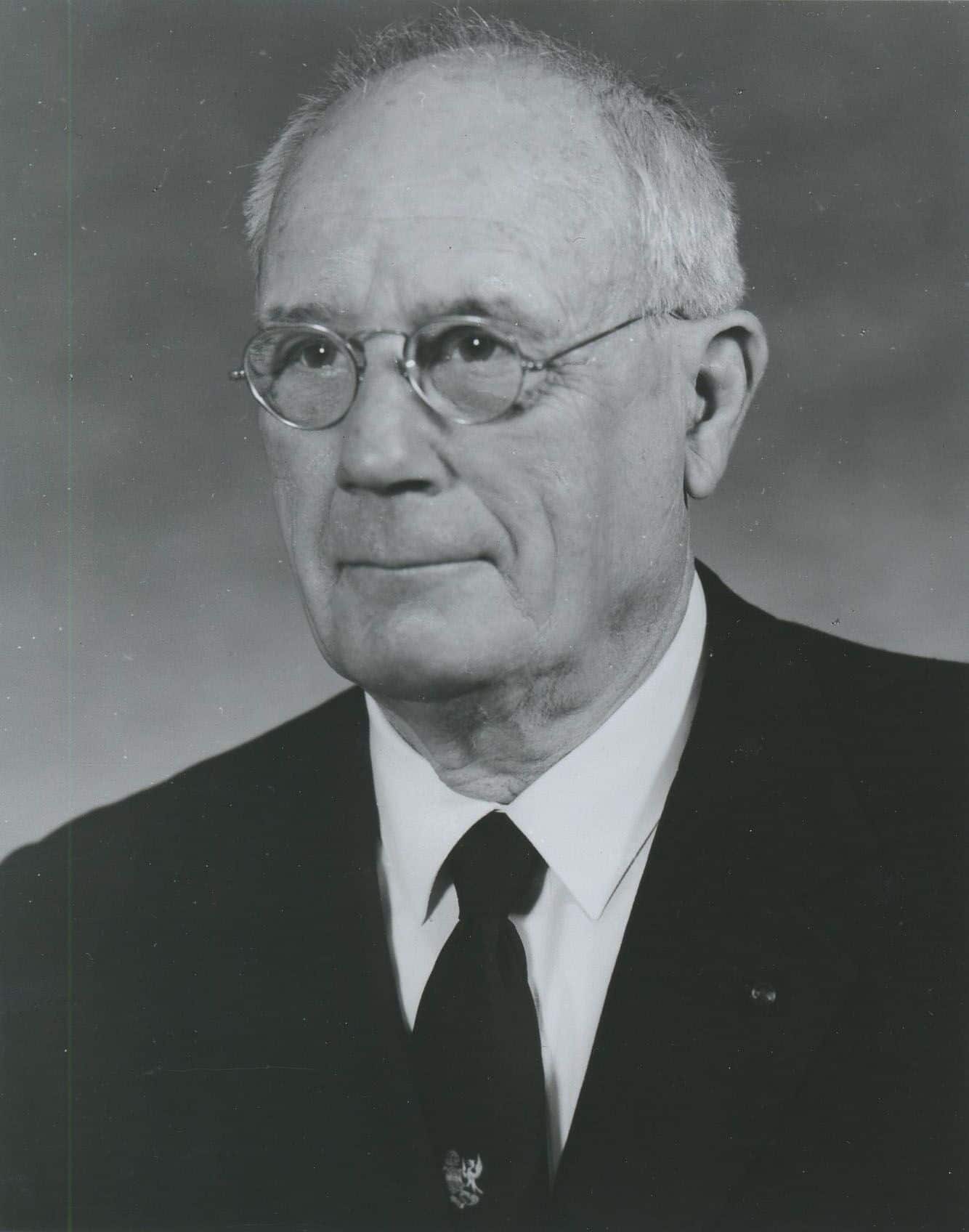 Richard Evans Schultes is one of the most important plant explorers known to the 20th century. Initially a medical student at Harvard, he later went on to do a course in economic botany, finding himself completely enthralled by the subject, and changing his degree entirely.

In December 1941, Schultes embarked upon a quest in the Amazon rainforest to study how indigenous peoples utilized plants in medicinal, ritual and everyday contexts. He is often referred to as the ‘father of contemporary ethnobotany’ because of the well-known extensive field studies that he carried out in South America, particularly in the northwest Amazon. Schultes spent over a decade engaged in continual fieldwork, collecting over 24,000 species of plants, 300 of which were previously unknown to science.

Schultes was one of the first Westerners who lived amongst the isolated tribes of the northwest Amazon, and the first scientist to explore certain areas in that region which have not been researched since. The notes and photographs that he took during his research remain some of the only existing documentation on indigenous cultures in regions of the Amazon which are currently facing external threats to their existence.

Our Rainforests Under Threat 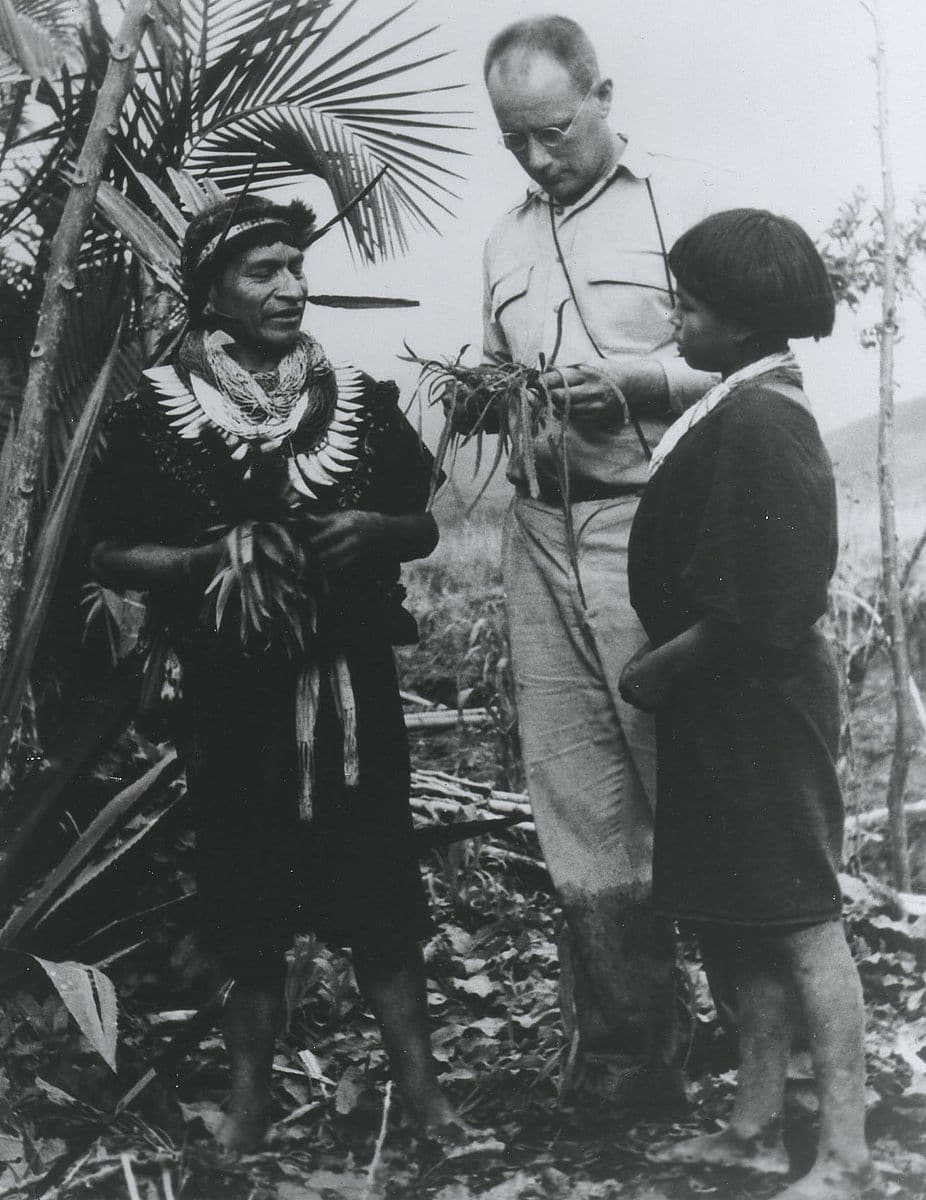 According to the World Wildlife Fund, in the Amazon “around 17% of the forest has been lost in the last 50 years, mostly due to forest conversion for cattle ranching.” Rainforests cover less than 3% of the Earth’s surface, with the Amazon rainforest being the world’s largest. It is sometimes referred to as the ‘lungs of the Earth’ because it is thought that more than 20% of the world’s oxygen is produced there. Further, the Amazon is one of the most biodiverse regions of the world, and estimated to be home of 390 billion trees, among them 16,000 different species, and is the tribal home of 1 million indigenous people.

With the days of the rubber boom long gone, new trajectories of economic exploit now threaten the Amazon rainforest. Brazil’s president, the recently elected Jair Bolsonaro has vowed to develop Brazil’s powerful agribusiness sector, aiming to open up and allocate more rainforest to the production of beef and soya in order to meet sustained international demands. Further, Bolsonaro stated that he wanted to dissolve the Environmental Ministry, planning to merge it with the Agriculture industry, favoring the interests of those who have stakes in converting forest into farmland. During last year’s election campaign, Bolsonaro vowed to end demarcation of new indigenous lands in order to free up mining and commercial farming on indigenous reserves.

“More than 15% of the national territory is demarcated as indigenous land and Quilombolas. Fewer than 1 million people live in these isolated places of real Brazil, exploited and manipulated by NGOs. We will together integrate these citizens and value all Brazilians.”

Due to economic exploit, the ways of life of indigenous groups are on the verge of being lost, alongside many species, plants, and trees, having tragic implications for our planet as a whole. Thus, it is important in today’s quickly changing world to make efforts to preserve and deepen our knowledge about such biologically and culturally rich areas of our planet. More than preserving knowledge, we need to make collective efforts to protect the peoples that steward it.

In line with this goal, the non-profit Amazon Conservation Team (ACT) who are committed to working alongside indigenous peoples in the Amazon basin in order to help them protect their bio-cultural heritage launched an interactive educational map, the Amazonian Travels of Richard Evans Schultes. This fully interactive map enables you to dig deeper and retrace Schultes’ illuminating adventures into ritual, medicinal plants, and indigenous cultures.

Former student of Schultes’ and founder and President of ACT, Mark Plotkin, and cartographer Brian Hettler gave a talk at the Harvard Museum of Natural History about their newly developed interactive map Amazonian Travels of Richard Evans Schultes. Through this fully immersive map journal, you can navigate Schultes’ extraordinary adventures, retracing the landscapes and cultures that Schultes explored in his first 14 years of research (1939-1953). 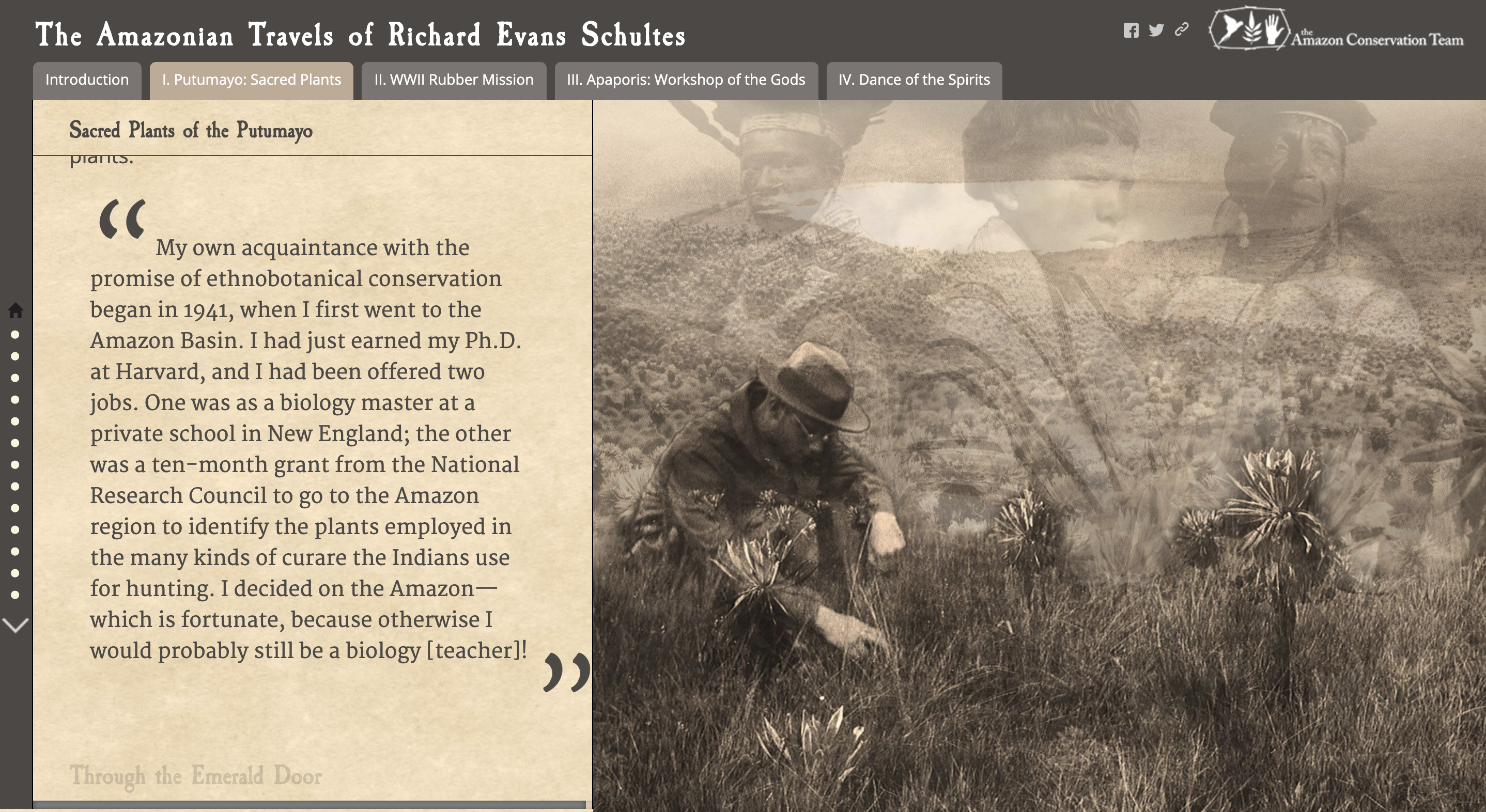 The launch of the map serves as a tribute to the life and work of Schultes, charting the magical history, cultures, and biodiversity that he uncovered on his travels in Latin America through the lens of his field notes, ethnobotanical research, and beautiful photography.

“In an era of climate change and rapid acculturation, it is urgently important that we improve how we communicate science and research, in order to engage new audiences and inspire people to pursue careers in these fields.” ㄧBrian Hettler, Senior Manager of ACT

Explore the travels of Schultes 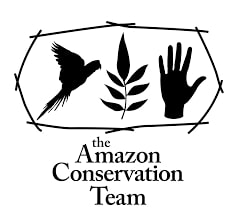 Amazon Conservation Team (ACT) is a non-profit founded by Dr. Mark J. Plotkin and Liliana Madrigal in the mid-1990s. From its beginning, ACT veered from the well-worn paths of the conservation community, enlisting the support of indigenous communities that live in the forests in order to achieve conservation results that were as impressive as they were sustainable. Today ACT partners with 55 indigenous tribes and other local communities to map-manage, protect, and bio-culturally conserve of 80 million acres of ancestral land.

Keep up to date with the ACT’s latest developments in conservation @AmazonTeamOrg and find out how you can help support their efforts through amazonteam.org

Vine of The Soul: Medicine Men, Their Plants, and Rituals in the Colombian Amazonia

Vine of the Soul is an exceptional photographic essay accompanied by detailed descriptions of the Amazon Indians’ use of medicinal and other sacred plant substances. Over 160 documentary photos, some of the most significant ever taken on the subject, bring the reader along a journey in which healing with plants is the norm, and ritual and magic play an essential role in everyday life. Richard Evans Schultes, former Director of the Botanical Museum of Harvard University, led an extraordinary life that bridged the worlds of academia and tribal cultures. 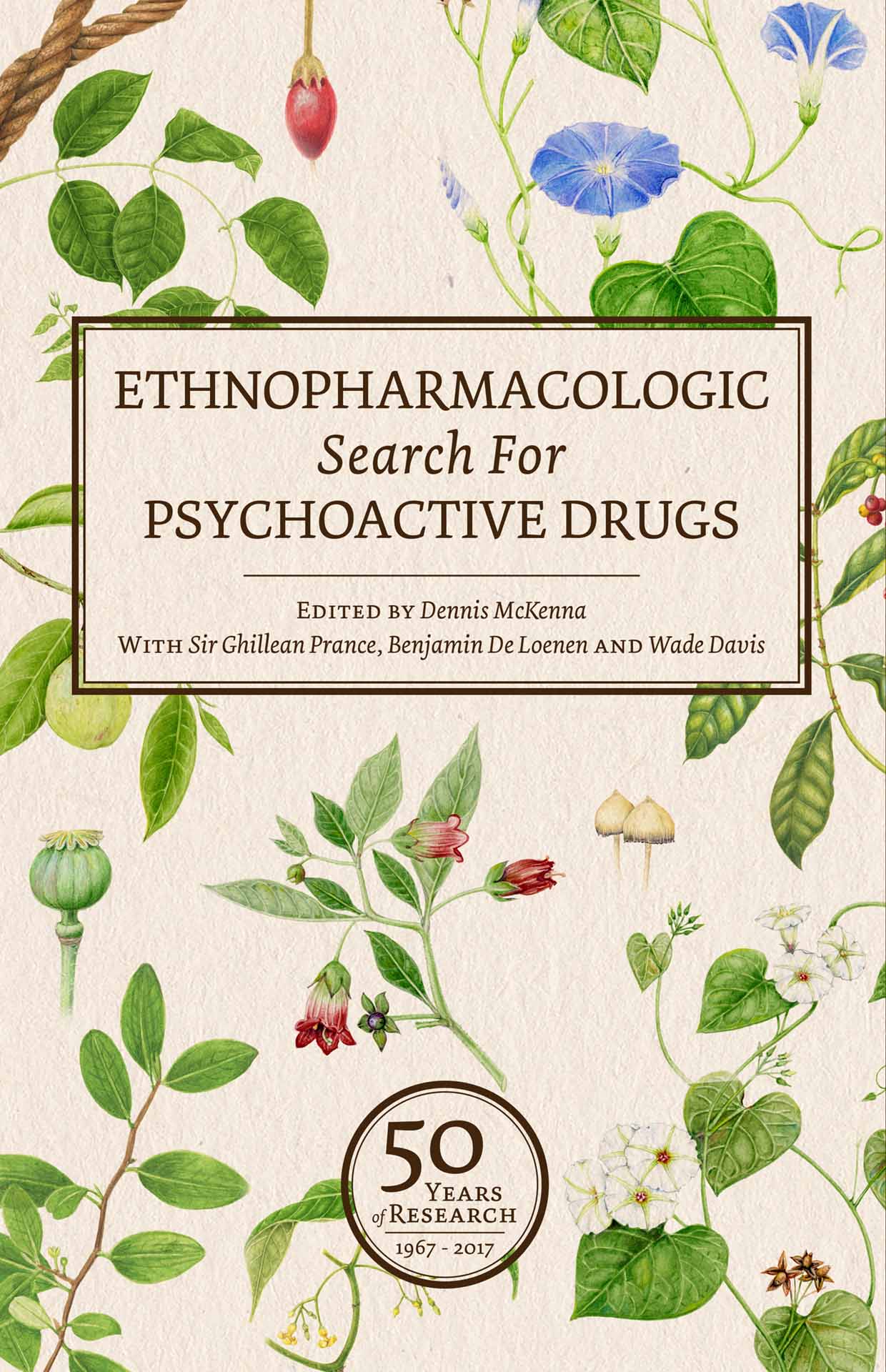 A defining scholarly publication on the past and current state of research with psychotropic plant substances for medicinal, therapeutic, and spiritual uses.

Ethnopharmacologic Search for Psychoactive Drugs features a prominent essay by Mark Plotkin, Brian Hettler & Wade Davis named, “Viva Schultes – A Retrospective”, highlighting the important work that Schultes’ pursued throughout his life and illuminating the legacy he left behind.