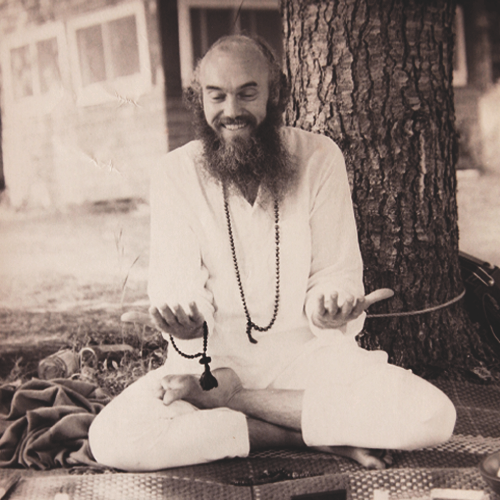 Above: Ram Dass, late 60s, from “Birth of a Psychedelic Culture”

Psychedelic pioneer, countercultural icon, spiritual teacher, and Synergetic Press author Ram Dass passed away last month. He peacefully departed from his body on 22 December 2019, at the ripe age of 88 surrounded by friends and loved ones at his home in Maui.

Without a doubt, Ram Dass was one of the most symbolically representative figures of the countercultural consciousness revolution that took place in the 1960s and 70s. From formidable Harvard professor, LSD researcher, and right-hand man to Timothy Leary, he helped to initiate the psychedelic era to later becoming the spiritual teacher known world over as Ram Dass. 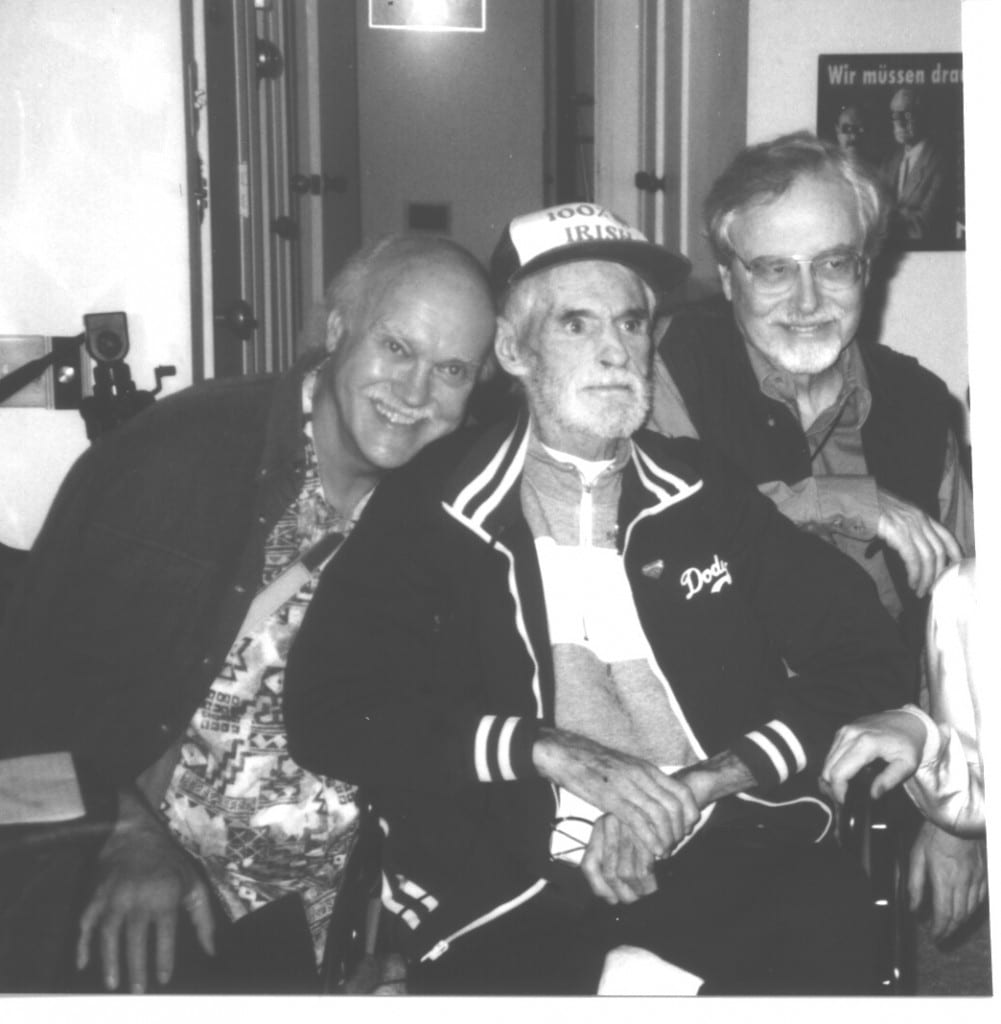 It was under Timothy Leary’s influence that Richard Alpert came to have his first psychedelic experience. Leary had experienced psilocybin mushrooms in Mexico, holding that the experience revealed more about human psychology than he’d spent his career learning. Alpert found himself intrigued by Leary’s description of the mushroom, and soon enough an experiment had been arranged. Alpert describes his first experience with psychedelics as extremely powerful, bringing about an ego-death, dissolving the image of himself that he’d spent his career working towards. Reflecting on his dissolving identity, he said:

“‘Well, I guess I don’t really need that anymore’ and I sat back and relaxed. And the minute I said, ‘I don’t need that anymore,’ the figure changed and it was somebody else. I sat forward and there I was again, except now I was the young cosmopolite. My ‘cosmopoliteness’ was sitting over there; alright, well I guess I can do without that. Sat back. And in a sequence, all of my social roles went by— ‘loverness,’ ‘wise man,’ ‘kind person—all of my roles. With each one, I said: ‘Okay, well too bad about that one, there it goes.’”

In 1960, Timothy Leary ordered psilocybin from Sandoz Laboratories in Switzerland, with the aim of investigating how different manners of administration could generate different experiences. Richard Alpert, alongside Timothy Leary and Ralph Metzner (who passed away last year), collaborated with figures like Aldous Huxley, and Allen Ginsberg in order to carry out research into human consciousness, which later became known as the Harvard Psilocybin Project.

Soon the Harvard professors began to include LSD in their experiments. Although psilocybin and LSD were both legal at the time, their research was considered to be highly controversial and its legitimacy was questioned by the faculty at Harvard, leading to Alpert and Leary being jointly dismissed in 1963.

Learn more about LSD, it’s history, and how it was first synthesized.

Unperturbed, the unorthodox Harvard trio relocated to an estate in Millbrook, New York, offered to them by heirs of the Mellon fortune, in order to continue their research. Alpert and Leary went from being academic to legendary counterculture icons, forever changing a generation of Americans with their explorations into the usness.

An illuminating conversation between Ram Dass and Ralph Metzner is presented in our publication, Birth of a Psychedelic Culture: Conversations about Leary, Harvard, Millbrook, and the Sixties, in which they shine light on these radical experiments, and provide an understanding of the history of the sixties.

CLICK HERE to read Ram Dass’s and Ralph Metzner’s reflections in this last chapter of their memoir on a decade of experimentation with psychedelics and pioneering the science of consciousness research with their colleague Timothy Leary.

The Trap of Getting High

Psychedelics were undoubtedly the catalysts that led Richard Alpert to India, seeking a more permanent form of enlightenment. The awakenings induced by psychedelic substances never lasted for long, and Alpert longed for a way to maintain and integrate expanded states of consciousness. Disillusioned with the experiments at Millbrook, Alpert traveled to India in 1967 in search of a more enduring experience of enlightenment. In India, he became the devoted disciple of the Hindu guru Neem Karoli Baba, tenderly known as Maharajji. It was Maharajji who renamed Alpert as ‘Ram Dass’, meaning “Servant of God”.

During his time in India, Ram Dass gave his guru a hefty dose of LSD, curious to see how Maharajji would react. However, it had no impact, and the holy man was unaffected by the drug, telling Ram Dass that one could take a drug and “stay in the room with Christ for only a few hours instead of living with the Lord.” It was this notion that led Ram Dass to make his life about spiritual practice, his relationship with psychedelics taking a backseat.

We Wouldn’t Be Here Now without Ram Dass 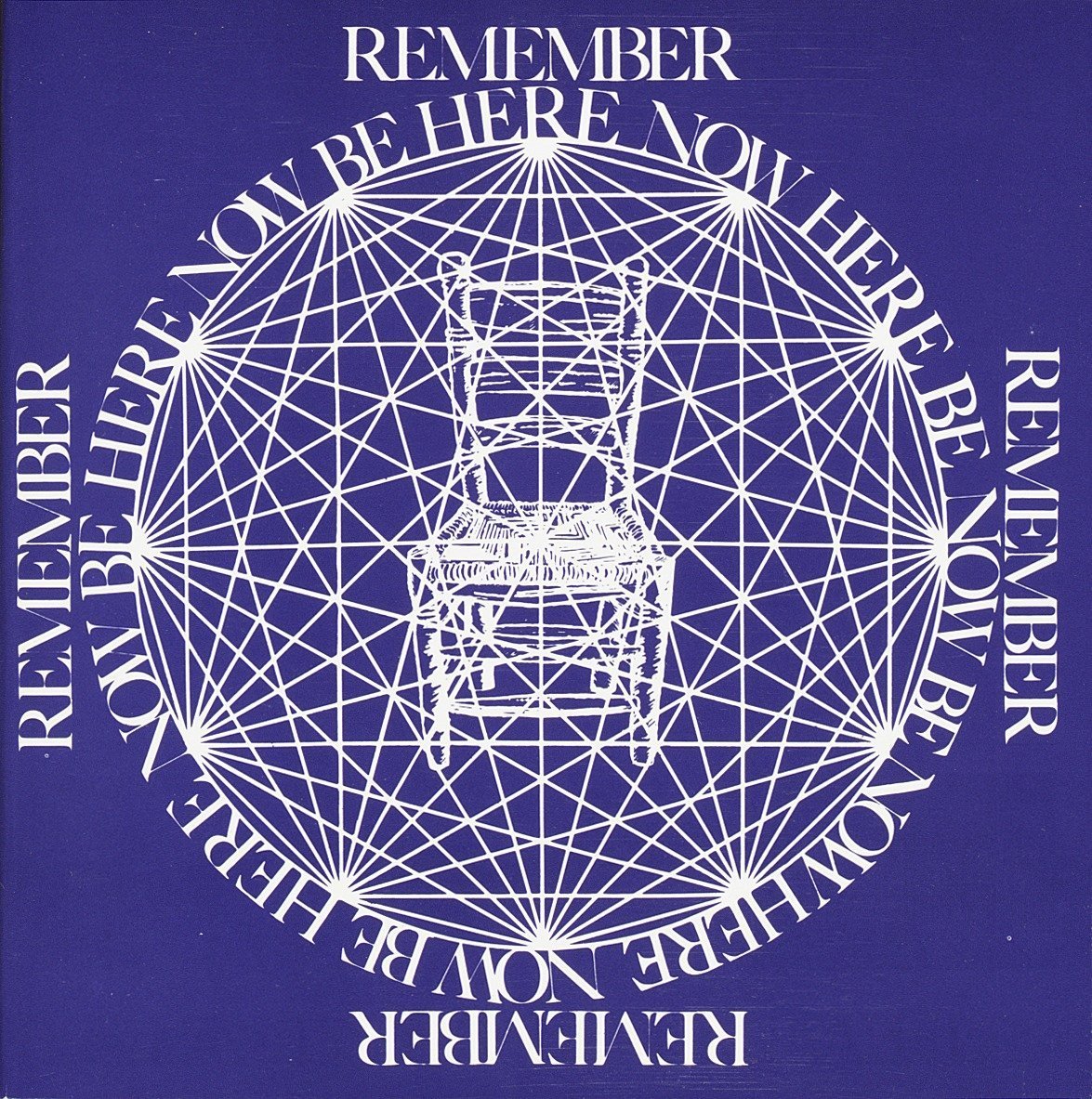 Ram Dass was a major harbinger of the New Age movement, and after returning to America, long-haired and bearded, Ram Dass devoted himself to the path of selfless service, making Maharajji’s teachings his work, eventually becoming considered a guru himself.

Upon returning from India in 1971, Ram Dass distilled his spiritually enlightening experiences, publishing his seminal book Be Here Now in which he imparts the teachings of his guru Neem Karoli Baba, or Maharaj-ji. Be Here Now was perhaps Ram Dass’s most influential work, and it continues to be exceptionally resonant for generations of spiritual seekers, having sold over two million copies since it was first published. In a sense, the book made novel Eastern spiritual and philosophical ideas palatable to the Western mind, propelling the New Age discourse on mindful awareness, positivity, and higher consciousness.

No Stranger to Death

An experienced psychonaut, Ram Dass knew the terrain of ego-death intimately, having co-authored The Psychedelic Experience: A Manual Based on the Tibetan Book of the Dead with Timothy Leary and Ralph Metzner to guide people through experiences of ego-death encountered in the psychedelic experience.

Beyond this, in 1997, Ram Dass suffered a major stroke that left him paralyzed on his right side, unable to find the words which before had flowed so fluidly. Going from being fully independent to being dependent on others, and having to learn how to speak again, he described the stroke as “ego-shattering”. Emphasizing the importance of “being here now”, Ram Dass viewed death as a reminder to live more fully, encouraging us to be in the moment and remember that our souls transcend space, time and the transient existence of the physical body.

In the past, he had spoken of his acceptance of death. Last year, in an interview with the New York Times Magazine he was asked how he’d come to this acceptance. In response, he shared:

“It was an honor to have known all three of the main characters in the Harvard Psychedelic Club. The first was Timothy Leary, who I befriended in the early 90s during his final Chaos and Cyberculture phase when he appeared at several of our Digital Be-In events in San Francisco, and we held parties at his house in Bel Air during the Digital Hollywood conferences. I met Ram Dass at Tim’s 75th birthday where he made a theatric entrance with a gigantic bouquet of roses, symbolizing his love for Tim and the end of their estrangement at the time.

Ralph Metzner and I met in the late 90s with his participation in the Digital Be-In, and in 2003 I organized the after-party in San Francisco for his groundbreaking conference on Ayahuasca. The following year Ram Dass finally made our spirited cyberculture event when we held a Ram Dass discussion circle moderated by Wavy Gravy at Digital Be-In 13 (May 29, 2004, Memorial Day with themed “The Transparent Network”).

I have long been fascinated by the respective roles these three iconic figures played on the world stage. Timothy took the celebrity visionary path and continued to hack mainstream culture in various ways. Ralph never stopped working as a serious consciousness researcher and became the guide of guides, leading the neo-shamanic movement and helping to set in motion today’s psychedelic research renaissance. Richard Alpert in becoming Baba Ram Dass took the path of spirit, and starting with his classic transmission Be Here Now, translated age-old principles for a new generation of seekers looking for deeper insights into life than the prevailing materialist paradigm offered. His many books, seminars, and organizations (such as Seva Foundation and Hanuman Foundation) were all products of his commitment to compassion. Before his passing, he initiated the Be Here Now Network an ongoing resource from his core circle of teachers.

Although I never had the opportunity to know Ram Dass as I did the other two, events and people seemed to keep us connected, including friends who managed his tours before the stroke constrained his travel, friends who made the beautiful documentary Dying to Know, and my work over the years with Synergetic Press, which in effect began with a launch party for Birth of a Psychedelic Culture edited by Ram Dass and Ralph Metzner at the legendary Anon Salon venue in San Francisco.

The last time I saw Ram Dass was in 2016 when he wheeled up to the table at the wedding of mutual friends in Maui. Although his energy was limited that day, he took the time to come and join in the celebration and bless the event. All in attendance felt that signature loving vibration.

Thank you, dear brother, for all you contributed to our shared journey through these remarkable times. Onward into the subtle realms…”