What do Psychedelics, Psychotherapy and Scientific Research Have in Common? 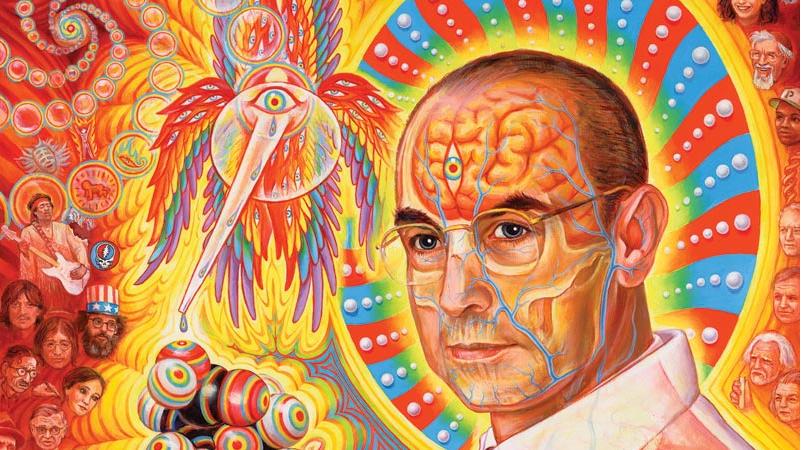 If you ask the Multidisciplinary Association for Psychedelic Studies (MAPS), you’ll find that these topics are much more closely related than the US government currently wants you to believe. And the people at MAPS are working to change those government policies through the power of scientific data.

MAPS has recently sponsored the first double-blind, placebo-controlled study of the therapeutic use of LSD in human beings that has been completed since the early 1970s.

The pilot-study included twelve patients who had anxiety related to a life-threatening disease. They were treated with therapy sessions to discuss their anxiety without any drugs, as well as participating in two LSD-assisted therapy sessions, using a double-blind, randomized method to administer the LSD.

Once the study was completed, it was found that there were positive trends and lasting benefits in the reduction of anxiety after the two LSD-assisted psychotherapy sessions. The study results also indicate that LSD-assisted psychotherapy was safe to use and administer in these subjects. These results showing the safety and potential benefits of LSD justify conducting further research on its therapeutic potential. 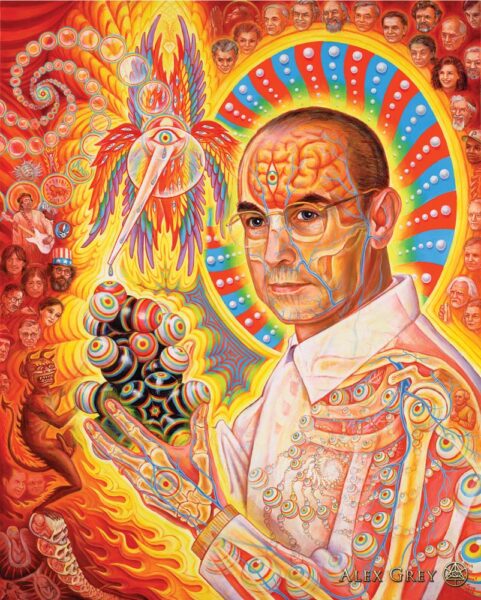 St. Albert and the LSD Revelation Revolution by Alex Grey

LSD (lysergic acid diethylamide) is a semi-synthetic compound first developed in 1938 by Dr. Albert Hofmann at the Sandoz pharmaceutical company in Basel, Switzerland. After Dr. Hofmann first discovered some of its interesting effects in 1943, LSD quickly became recognized for its possible therapeutic effects. LSD also played a significant role in the discovery of the serotonin neurotransmitter system.

LSD is known for its ability to catalyze spiritual or mystical experiences and to facilitate feelings of interconnection. MAPS helps people to explore the potential of these substances to treat a variety of conditions, focusing primarily on the treatment of anxiety associated with life-threatening illness, as well as for spiritual uses, creativity, and personal growth.

There is considerable previous experience using LSD in the context of psychotherapy. From the 1950s through the early 1970s, psychiatrists (such as Stanislav Grof), therapists (like Ralph Metzner), and other researchers administered LSD as a treatment for alcoholism, or for anxiety and depression in people with advanced stage cancer.

The research that MAPS has completed and their plans for future research conform to the  development standards for other modern drugs and will help guide the way for the development of additional research into the risks and benefits of LSD-assisted psychotherapy.

Rick Doblin PhD, the Founder and Executive Director of MAPS, was one of the coauthors of the groundbreaking pilot study, and is a contributor to Zig Zag Zen: Buddhism and Psychedelics. He was interviewed for the book by editor Allan Badiner and in that interview they discuss Rick’s personal history with working to legalize psychedelics, experience with trying meditation and ways of relating to skeptical relatives.

You can watch them talk about some of the ideas in Zig Zag Zen at Watkins Books in London in the video below:

And for more information from MAPS, you can check out their comprehensive Psychedelic Bibliography for scientific literature covering the risks and benefits of LSD and other psychedelics.

If you’re still hungry for more psychedelic information to feed your head, be sure to check out the Consciousness and Psychedelics section of our bookstore.